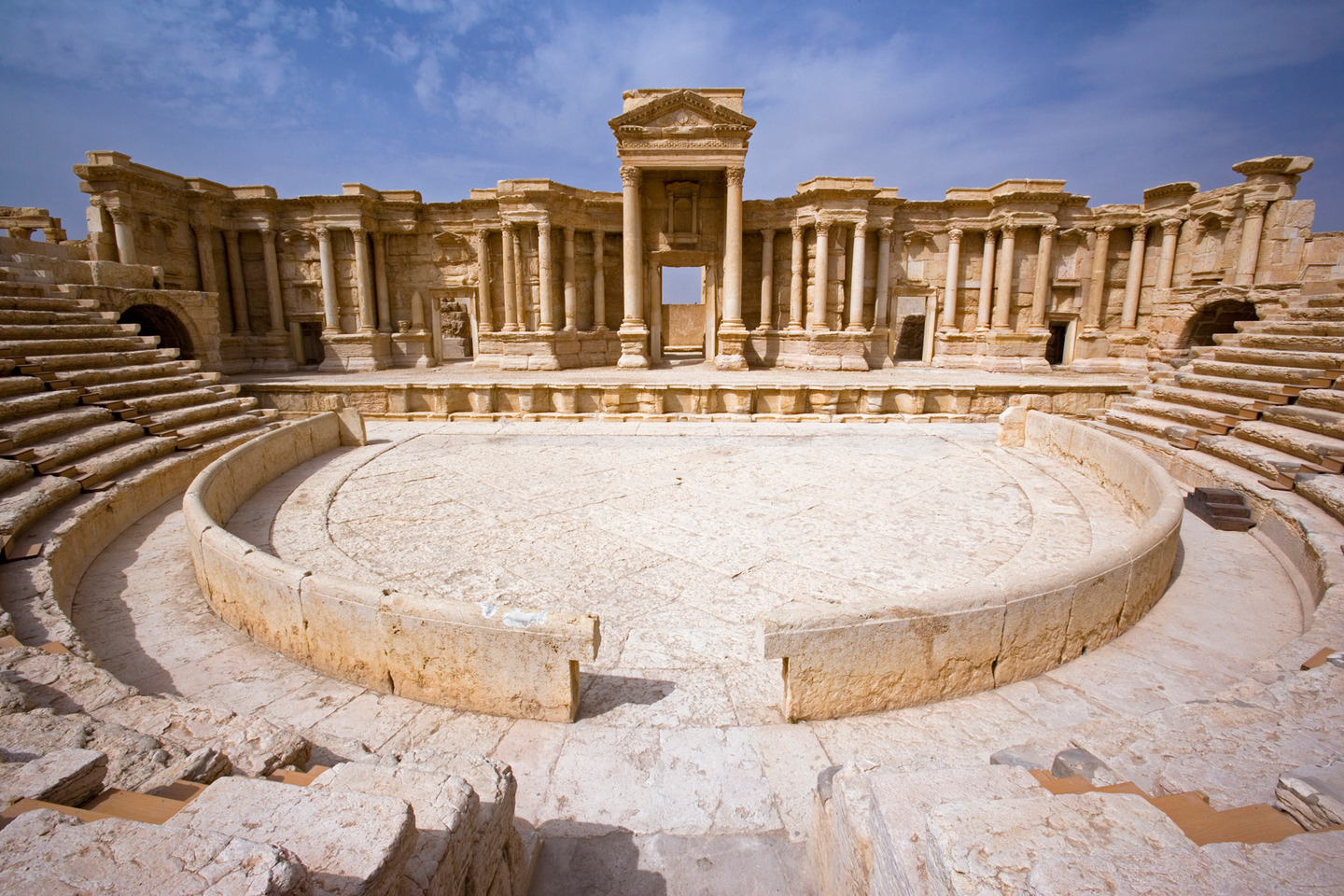 Danielle Ryan is an Irish freelance journalist and media analyst. She has lived in the US and Germany and is currently based in Moscow. She previously worked as a digital desk reporter for the Sunday Business Post in Dublin. She studied political reporting at the Washington Center for Politics & Journalism in Washington, DC and also has a degree in business and German. She focuses on US foreign policy, US-Russia relations and media bias.
The recapture of the ancient Syrian city of Palmyra was the single biggest defeat for ISIS since it declared its caliphate, but the West does not seem interested. Why? Because then they’d have to give some credit to Russia.

Indeed, it must have been a tough weekend for Western media’s favorite Syria pundits. It’s hard to fathom that any observer — regardless of their particular leanings — could feel anything other than relief at such a victory.

Yet, there’s a strange sense that some pundits might actually be a little bit disappointed. Not to see the back of ISIS in the city, of course, but to be faced with the uncomfortable reality that their narrative is quickly unraveling.

No word from the grand coalition

Given the monumental importance of this latest victory in Syria’s war, you would expect at least a comment or two from Barack Obama, who more than a year and a half ago solemnly swore that his grand coalition would “degrade and destroy” the terror group. You might also expect a few words from David Cameron, who, like Obama, has seemed so terribly concerned by the humanitarian situation in Syria and so determined to “defeat” ISIS. But the two of them must have been having a bit too much fun this past Easter weekend, because there wasn’t a peep out of them. In a way, they’ve done us a favor, because their silence speaks far louder than their words ever could.

The reality is, while the Syrian army, supported by Russian air power, was advancing on ISIS positions, Cameron and Obama were busy trying to figure out how they could get you to believe that Russia was actually helping ISIS. When they weren’t doing that, they were busy plotting how best to topple the Syrian president, who controls the one and only fighting force that is capable of defeating on the ground the barbaric terror group they claim to be so “shocked and concerned” by. Yes, such valiant determination they have shown in their quest to rid the world of terrorism.

A blow to the Western narrative

Unfortunately, the loud but duplicitous proclamations from Washington and London were gobbled up whole by a pliant media, and so, for a while we were treated to headlines about the Russians “helping” ISIS, or “giving ISIS and air force” and other such nonsense which now looks rather embarrassing in hindsight. In this context, the recapture of Palmyra was not just a mortal blow to ISIS, it was also a mortal blow to the West’s entire rotten narrative on Syria.

One of the other favorites, was the line that Putin was “weaponizing” refugees, shamelessly propagated by NATO chief General Philip Breedlove. This one was particularly deceitful as it utterly disregarded the hundreds of thousands of refugees who fled nations torn apart by NATO interventions well before Russia entered the Syrian war.

When Palmyra was taken by ISIS, Western media gave the story extensive coverage. They were outraged when the militants blew up the 2,000-year-old Arch of Triumph. They were sickened when ISIS publicly beheaded 82-year-old renowned antiquities scholar Khaled al-Asaad and hung his body in the main square. Given their obvious distress at what had happened to this place of such huge historical significance, you would think they’d have been delighted to see it liberated from the group of jihadis currently terrorizing not only Syria, but Europe, too.

Instead, they can barely stomach it.

Sure, they covered it. They had to. But in contrast to the coverage the city was given when it was captured, the initial reaction to its liberation was fairly subdued. Some of the initial reports yesterday did not even mention the word Russia, while others used the Syrian army’s success to cast doubt over Assad’s commitment to fighting the terror group.

But just let’s imagine for a moment that it had been British and American warplanes involved in the battle to retake Palmyra. The front pages of Western newspapers would be overflowing with self-congratulations. Someone would probably be running in to drape an American flag over the ancient ruins. Neocons and liberals alike would be making the TV rounds, happily predicting the beginning of a new dawn for the Syrian people. The usual script.

Please use the LINK to finish reading of the original article

WAR IS A RACKET!