Russia has officially started constructing its portion of a major railroad bridge over the Amur River to China, according to the Chinese news network CCTV 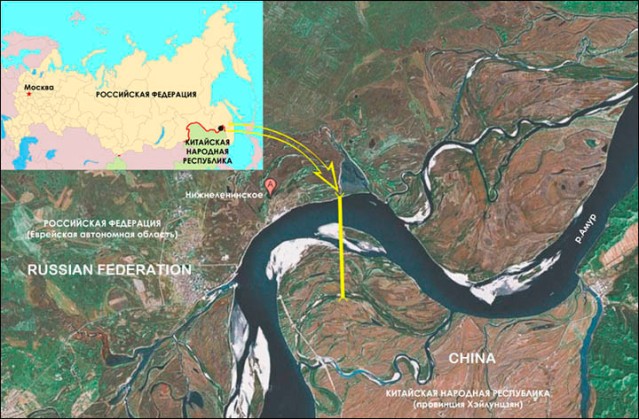 The construction of the Russian side of the bridge kicked off on Thursday, the Chinese news network CCTV reported.

The 2,215-meter bridge will link the city of Tongjiang in China’s Heilongjiang Province with Nizhneleninskoye in Russia’s Jewish Autonomous Region.

China started constructing its segment in August 2014 and is now wrapping up the process, according to CCTV. The length of the Chinese segment of the bridge totals 1,886 meters.

The Russia-China railroad bridge is slated to be completed by June 2018. Once constructed, it will become the main channel of communication for the economic corridor between China, Russia and Mongolia, as well as for the “New Silk Road” route that will be laid across the province of Heilongjiang.

China is developing a next generation high-speed train, for Russia’s Moscow-Kazan high-speed railway. The trains will be capable of reaching speeds of 400 kilometers per hour, according to newspaper China Daily

According to Russian Railways, Beijing is ready to provide a $6 billion loan for the Moscow-Kazan high-speed rail. The overall cost of the project is expected to exceed $15 billion. The track is a joint project of Moscow and Beijing.

“The train… will have wheels that can be adjusted to fit various gauges on other countries’ tracks, compared with trains now that need to have their wheels changed before entering foreign systems,” Limin told the media.

The new track will stretch through seven regions of Russia for a total of 770 kilometers. It will have fifteen stops, including Vladimir, Nizhny Novgorod, Cheboksary and Kazan.

The journey from Moscow to Kazan takes 12 hours at present but it will be reduced to just 3.5 hours after the project kicks in.

“Once the new bullet train is put into service, it will operate on China’s rail network as well as on the Moscow-Kazan high-speed line in Russia, which is designed for 400 km/h trains,” Limin added.