Developing the Far East is one of the key priorities of Russian domestic policy. On Friday, President Putin opens the Eastern Economic Forum in Vladivostok – which in Russian means “Master of the East”.

The main focus will be luring businesses willing to invest in Russia’s Far East. To date, there are 130 agreements totaling one trillion rubles ($15.3 billion) ready to be signed at the forum.

“In a year, we expect to double that,” said Aleksandr Galushka, who heads the ministry developing Russia’s far eastern regions.

The forum will host businesses from Japan, South Korea, China, Singapore, Germany and other countries. Among the confirmed participants are the heads of 240 Russian and 207 foreign companies. The key guest will be the Japanese Prime Minister Shinzo Abe.

One of the main business questions will be the region’s poor infrastructure. Just 6.3 million Russians live in an area which is larger than India and shares a common border with China. It has number of large mineral deposits and may become an export center, but implementing projects is extremely expensive. Thus, the forum’s participants will discuss how much money is required to invest in infrastructure to reach deposits of gold, titanium, rare earth metals, coal and hydrocarbons.

Another question to be discussed is the creation of an energy ring between Russia, Japan, Korea, China and Mongolia. The demand for electricity in the Asia-Pacific region is rapidly growing, and Russia is ready to provide its share of energy. Russia’s RusHydro and Japan’s Mitsui will present a financial model of an energy bridge between the two countries.

A special session will be devoted to the new economic model for the Northern Sea Route (NSR), a shipping route linking the Russian Arctic, and a corridor between Asia and Europe.

One of the biggest diamond mining companies Alrosa will announce a new diamond exchange. The company will sell 28 diamonds at the first auction.

As for industry and agriculture, the forum will see the first joint projects of the Russia-China agricultural development fund with capital of $10 billion. The forum’s participants will also discuss fishing in the region that makes up to 82 percent of the whole Russian industry. Russian authorities have made a lucrative offer to foreign investors, who now have the right to use 20 percent of the region’s fishing resources in exchange for building new vessels and constructing processing facilities in Russia.

Four scenarios for the development of the Russian Far East

“The Far East region and Asia-Pacific countries face a bright future. China is turning from a manufacturing center into the biggest consumer market, which is already six times larger than the Japanese market. The same trend is observed in other countries in the region. The total ASEAN market numbers 600 million people. By comparison, the population of the EU is 500 million. With the growing prosperity of the population, the potential for the sale of Russian goods will continue to grow.”

Wang Mingfu, Founder and Chairman of the Hejun Consulting Group:

“The Far East could become a center of logistics and shopping, as well as a winter sports hub. Vladivostok could become a key city for tourism, migration and cultural activities. Singapore and Hong Kong could serve as an example. The authorities in Russia could develop this area in a similar manner.”

Alexander Galushka, Minister for the Development of the Russian Far East:

“Russia’s turn to the East is based on the evaluation of the rate of development of the Asia-Pacific region. Our task is to offer specific state policies that would provide an environment for investment in the Far East. In particular, laws on the free port, the territories of accelerated development, the development of transport corridors and the creation of a sovereign fund of the Far East have already been adopted. These instruments will contribute to the development of economic ties and help foreign investors to successfully develop business.” 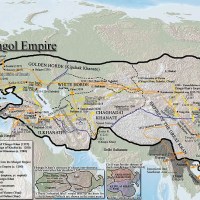 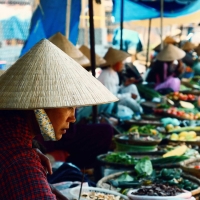