The Holy Trinity of Artificial Intelligence

The advancement of robotics grows bigger by the day…

But the really exciting part about this trend is the increasing ability to marry robotics with artificial intelligence.

When this happens, robotics and machinery don’t need to be programmed to perform certain tasks…they learn by trial and error.

When that is achieved, the possibilities for artificial intelligence and robotics can go on and on…

But first, there are three things that must come together to make advanced AI possible: Big Data, the computer-programming technique of deep learning and new concepts in both computer chips and how to use them.

Big Data is the virtually limitless wilderness of facts, videos, infographics, statistics, public records and everything else stored on and collected from the internet.

Software tools allow researchers to mine data to find useful nuggets — they’re digital needles in this infinite haystack of facts and information.

Deep learning is made possible, in part, by Big Data.

In order for a machine to take advantage of deep learning, human programmers have to give the computer some basic rules and capabilities. This could include the rules of arithmetic or sentence construction.

Programmers then turn the computer loose on big data that’s been gathered.

If this sounds like a long, drawn out process, think again. Computers can do this millions of times per second.

The technology actually breeds new technology on its own. Without additional human guidance, robots programmed for deep learning have made important progress.

For instance, they have learned to use a cup by “watching” internet videos. They’ve deduced Newton’s second law of motion by observing a pendulum swinging from the bottom of another pendulum.

Deep-learning software has even more practical uses. For example, it can let a car recognize a stop sign even when the sign is partly obscured by a leafy tree branch. It can detect the face of a wanted terrorist on a street crowded with other pedestrians.

But in order to take this trend to the palm of your hand, manufacturers in chip technology have to keep up. It hasn’t happened yet, but we’re getting there.

Nervana Systems, in San Diego, has created a new memory architecture that has both higher speed and higher capacity for faster training of artificial-intelligence systems. It also has designed its chip with six two-way, high-bandwidth data highways.

That means data can move in many directions at once. In contrast, conventional computers move data in one direction at a time.

Nervana’s design is a step toward “neural” or “neuromorphic” computing. This is what will lead AI chip design in the years ahead. A neural computer is modeled after the architecture of the human brain. Computer chips perform calculations; brains recognize patterns.

In the brain, each cell or neuron is connected to scores of others. This speeds communication. It enables a single neuron to be part of different patterns of thought, memory and perception.

In a neural computer, each processing point on a chip is hard-wired to several others, just as living neurons are. This enables the chip to work faster and do more tasks at the same time.

Researchers even call those processing points “neurons” to emphasize the new chips’ likeness to a brain.

Several companies are developing these chips, including IBM, Intel, Knupath and Cognimem.

Although these types of neural computers are still too big and too expensive for your cellphone, it’s showing us what tomorrow’s chips will be like.

The ultimate test: Could a smaller version still run an immersive virtual-reality simulation on your next smartphone?

Many experts believe that is inevitable.

Evolving chip technology will continue to bring VR, AR and AI functionality to your hand-held device.

The applications of this advance in technology are numerous…

The Holy Trinity of Artificial Intelligence 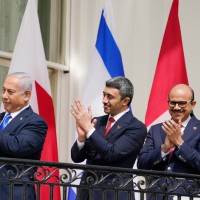 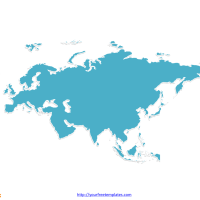 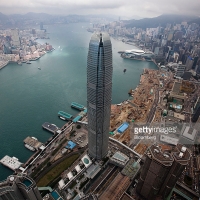 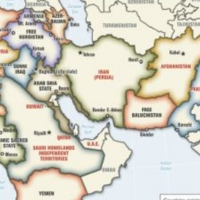