Five countries possess land and territorial waters in the Arctic: Canada, Denmark, Norway, Russia and the U.S. These five countries claim “exclusive economic zones” (EEZs), which extend to up to 200 miles from their coasts.

Control of the Arctic has strategic economic implications not only for the five Arctic powers but also for the world. Within the next decade, the melting polar ice will facilitate the creation of new shipping lanes. A proposed Russian Northern Sea Route from Europe to East Asia would be 13 days or 40 percent shorter than the existing route through the Suez Canal. This would make it the number one trade route in the world and would also add strategic importance to Russia, as it controls this route.

Furthermore, the U.S. estimates that 15 percent of the world’s oil and up to 30 percent of its natural gas lie in the Arctic seabed, making the pursuit of the Arctic all the more intense. 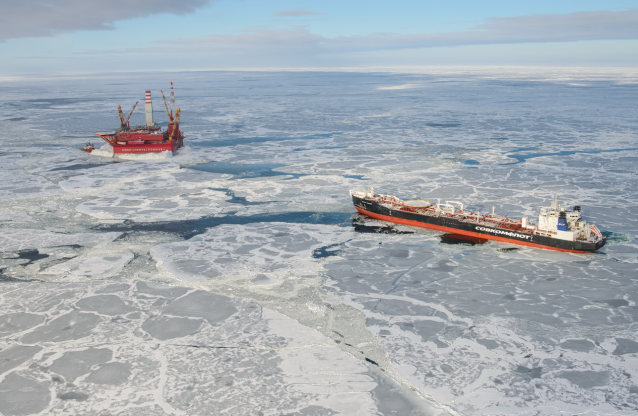 Russia has expanding Arctic territorial ambitions. The UN Convention on the Law of the Sea (UNCLOS) allowed Russia to make claims to an extended continental shelf, giving it exclusive rights to the territory and resources of that shelf area. In March 2014, Russia successfully petitioned the UN to accept its territorial claim over the Peanut Hole, an area beyond the Russia EEZ and rich in resources.

In August 2015 Russia filed another application with the UN to expand the boundaries of the Russian continental shelf in the Arctic. Moscow submitted a similar claim in 2002, but the UN rejected it for lack of scientific support. The Russian application covers an underwater space covering an area of about 1.2 million square kilometers at a distance of over 350 nautical miles from the coast. To justify this bid for expansion, Russian experts used extensive scientific data collected during many years of Arctic research.

Not less importantly, Russia’s claims on these vast swaths of territory in Arctic are reinforced by its ability to project force in the region. Its fleet of several dozens of icebreakers, including nuclear, as compared to America’s six icebreakers, gives Russia an economic and military advantage in the Arctic.

The Deputy Prime Minister of Russia in charge of the defense industry, Dmitry Rogozin, stated that Russia has already launched the construction of a new nuclear icebreaker fleet and that three units will start their operations by 2017, 2019 and 2020, respectively.

“The Russian Federation focuses particular attention on developing the country’s Arctic Zone and expanding its presence here. Under today’s conditions, the state’s interest in investing in the Arctic is acquiring major strategic and economic significance,” said Roman Kopin, governor of the Chukotka Autonomous Area, at the conference.

From an economic viewpoint, a number of projects are being successfully realized. For example, Yamal LNG, a proposed liquefied natural gas plant at Sabetta (northeast of the Yamal Peninsula in Russia) is being coordinated by Novatek, Russia’s largest independent natural gas producer.

The Northern Sea Route project, aimed at becoming a vital Russian transport artery within the Arctic region, is being widely discussed today. As Sergey Frank, president and CEO of Sovcomflot and member of the Presidium at the Maritime Board under the Government of the Russian Federation said: “It is anticipated that, by 2017, the volume of freight carried along the Northern Sea Route will be higher than the historical maximum and, in 2020, might exceed it by more than three times.”

While some may argue that there is yet no clear understanding of what the Northern Sea Route will actually look like, the potential is indeed quite high. “It [The North Sea Route] has a number of competitive advantages compared to other routes, including the Suez Canal and the railways. Its length means not only time en route can be saved, but also, as a consequence, the cost of fuel and other related expenditures,” according to Nikolay Kharitonov, chairman of the State Duma Committee on Regional Policy and Issues of the North and Far East. 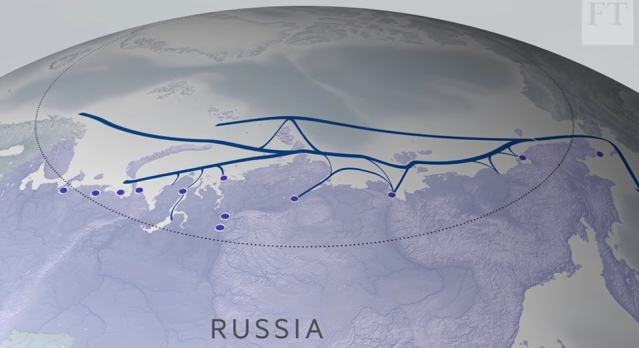 To substitute for the loss of Western investors, Moscow is trying to win capital investment from countries in the East. For now, only Chinese companies find this opportunity attractive. For instance, Novatek sold 20 percent of its Yamal LNG shares to China’s CNPC and 9.9 percent to China’s Silk Road Fund.

The Kremlin aims to balance its investment policy by attracting capital from China and other countries that did not approve the Western sanctions. Potential partners might include South Korea, Vietnam, India and Singapore, according to Sergunin.

Indeed, India, South Korea and even Japan might present themselves as reliable partners, thinks Gudev. However, he warns that bringing non-Arctic powers to the table and including them into the Arctic dialogue might be a risky deal. For example, one should understand that, for Beijing, for example, getting involved in the Arctic agenda is not only an economic question, but also a matter of increasing its international status.

“China is not an Arctic country, it is interested in resources and transport opportunities. Besides, Chinese statements that Beijing and Moscow have the same rights and options in the Arctic, is not simply a sign of craftiness, but clear political speculation. Hence, encouraging non-Arctic states to get involved in the region is quite risky in strategic terms,” he says. “In specific projects – probably yes, but not in all areas.”

The “pivot to the East” is a kind of a forced measure, thinks Gudev. In such a shared sea region like the Arctic, it is much easier to develop cooperation with those countries that have direct access to it – the U.S., Canada, Denmark, and Norway. Although today the situation is difficult, cooperation still takes place, even with the U.S., in critical areas, namely in ecology and shipping control.

“Moreover, for American experts the Arctic remains an area where cooperation with Russia has no alternative. Russia needs to take an advantage of it, discuss it and keep it on the agenda,” Gudev points out. For the U.S., cooperation with Russia in the Arctic stands on the same level with other important issues: nuclear non-proliferation, North Korea and counter-terrorism. “This is a very pragmatic approach – a clear realpolitik,” he says.