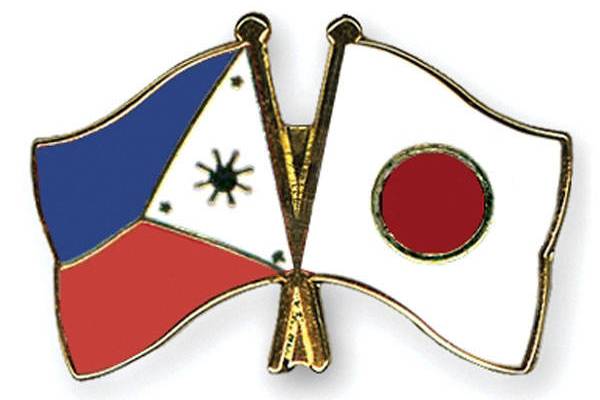 By Martin Petty and Linda Sieg

MANILA/TOKYO (Reuters)–Philippine President Rodrigo Duterte lashed out anew at the United States on Tuesday and said it could forget a bilateral defense deal if he stayed in power long enough, in the latest jarring statement from Manila about the future of the alliance.

The fresh broadside from Duterte came as he was about to board a plane for an official visit to fellow U.S. ally Japan, a big investor in the Philippines that is becoming nervous about its apparent pivot towards rival power China.

The volatile, crime-busting Duterte had on the eve of the visit softened his remarks last week about a “separation” from Washington, telling Japanese media he wasn’t planning to change alliances and was only seeking to build trade and commerce with China.

But he pulled no punches on Tuesday when he said he hated having foreign troops in the Philippines and told the United States not to treat his country “like a dog with a leash”.

Commenting on a visit to Manila on Monday by Daniel Russel, an assistant secretary of state, Dutertesaid Washington should forget about an Enhanced Defense Cooperation Agreement (EDCA) with the Philippines if he were to stay in charge longer.

“You have the EDCA, well forget it. If I stay here long enough,” he said. “I do not want to see any military man of any other nation except the Filipino. That’s the only thing I want.”

He did not elaborate on what staying longer meant. In the Philippines, a president is allowed only one six-year term in office.

The remarks were another perplexing swing from Duterte, who last week announced in China his “separation” from the United States, before assuring that ties were not being severed and he was merely pursuing an independent foreign policy.

His latest swipe at Washington could rattle Japanese Prime Minister Shinzo Abe, who wants to keep ties with the Philippines tight.

In a composed reading of a statement prior to departure for Tokyo, Duterte described Japan as a true friend that had played a “preeminent and peerless role” as a big investor and Philippine development partner.

Japanese Chief Cabinet Secretary Yoshihide Suga on Tuesday said both presidents would have a meeting to “further the strategic partnership with the Philippines”.

It is unclear where Duterte‘s latest diatribe leaves U.S.-Philippines ties. Russel had left Manila in a confident mood and U.S. Secretary of State John Kerry had expressed optimism the two countries could “work through” a period of confusion caused by Duterte‘s remarks last week.

Duterte has railed against U.S. expressions of concerns about the high loss of life in his campaign against drugs and Washington’s calls for due process.

Japanese officials said Abe would not overtly try to mediate between Tokyo and Washington but would probably explain the importance of the U.S. role in the region.

Foreign Minister Fumio Kishida will meet Duterte on Tuesday for a low-key dinner, and Abe will hold rare one-on-one talks with Duterte at his residence in Tokyo the next evening following a larger, more formal meeting with senior officials.

Philippine President Rodrigo Duterte sought to assure Japan on Tuesday that his high-profile visit to rival China last week was only about economics, but had more harsh words for longtime ally Washington, saying he might abrogate defense treaties.

The volatile Philippine leader’s visit to Japan comes amid jitters about his foreign policy goals after weeks of verbal attacks on ally the United States and overtures toward China.

Duterte last week announced in China his “separation” from the United States, but then insisted ties were not being severed and that he was merely pursuing an independent foreign policy.

His perplexing comments pose a headache for Prime Minister Shinzo Abe, who has tightened ties with Washington while building closer security relations with Manila and other Southeast Asian countries as a counterweight to a rising China.

Duterte, however, attempted to alleviate concerns by Japan, telling a luncheon sponsored by the Keidanren business lobby that the Manila would continue to work with Tokyo on security issues.

“I give you my word today that we will not abandon Japan in our partnership and security matters,” Duterte said. “We live in a common belief that our … problems with other nations must be solved peacefully in accordance with the international law.”