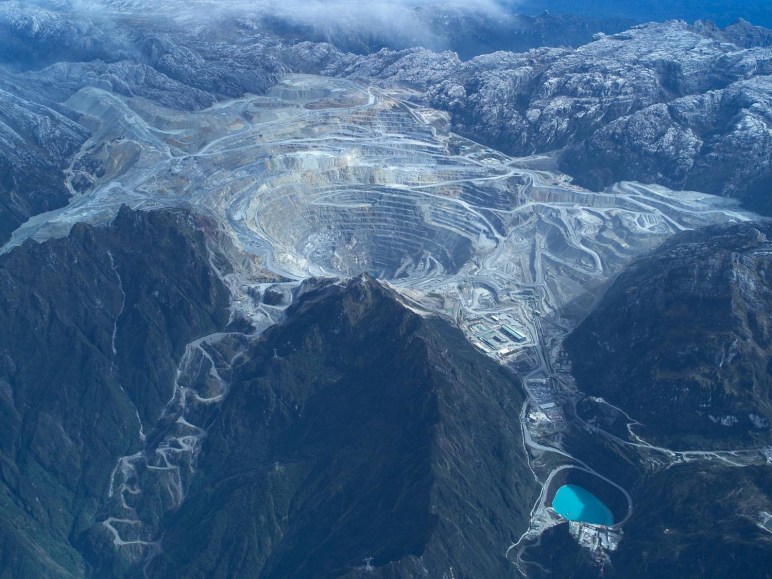 During a recent presentation to Australian academics, a respected Jakarta-based analyst made the bold prediction that if the current stand-off between the Indonesian government and US mining giant Freeport McMoRan Copper & Gold isn’t resolved soon, it could light a fire under Papua’s stuttering struggle for independence from Jakarta’s rule.

The same week, a member of a concerned Papuan delegation that was doing the rounds of the national capital pointedly remarked that he hoped Indonesia’s nationalist urges would not bring more suffering for the people of the country’s largest and easternmost province.

As the days tick by to a June deadline imposed by Freeport, after which it says it will go to international arbitration against President Joko Widodo’s government, all the attention in Jakarta has been on who would get Freeport’s shares in a nationalization scenario and none on where the money and expertise will come from to run the Grasberg mine in Papua’s central highlands.

Freeport has resisted government pressure to convert its contract of work (CoW) to a special business license, known locally as an IUPK, until its contract expiry date in 2021. The IUPK forces the firm’s local subsidiary to divest 51% of its shares after 10 years of production and deprives it of any right to arbitration.

Papuans have every right to be worried about the situation deteriorating. The Grasberg mine is the largest gold mine and the second largest copper mine in the world and Freeport provides more than just employment for 32,000 workers. It also brings 91% of the local Mimika district’s GDP and nearly 36% to the combined GDP of Papua and West Papua provinces, a sprawling territory two and a half times the size of Java, Indonesia’s most populous island.

Indigenous Papuans make up about a third of Freeport’s 12,000 direct employees and 25% of its 20,000 contract workers. The former number would rise to 40% if Freeport goes ahead with the ongoing process of turning the Grasberg mine from an open pit to an underground operation.

This US$17.2 billion conversion was supposed to happen in 2017 but, because of the contract dispute, has been delayed by Freeport and its Anglo-Australian partner, Rio Tinto Plc. A state-mandated US$2.7 billion smelter build, which is part of the government’s value-added policy outlined in the 2009 Mining Law, is also now on hold.

There has been little social unrest so far, despite the fact that Freeport has had to cut production by 60% since a government-imposed ban on concentrate exports took effect on January 12, leaving the Mitsubishi-run smelter in East Java as its sole customer.

While a chest-thumping, nationalist government has had few problems getting most Indonesians on its side against a foreign mining company already regarded by many as Public Enemy No 1, it may find Papuans a very different proposition.

Settlers from outside Papua now make up the majority of the territory’s 3.5 million-strong population, but at least a million of those are indigenous Papuans who have little regard for a disdainful central government that has treated them poorly in the past.

Caught in the middle of the current dispute and, more importantly, in danger of losing their economic livelihoods, volatile Amungme and Dani tribesmen could potentially cause the sort of widespread social unrest that would elevate Papua to an international hot spot.

With memories still fresh of the violence that surrounded East Timor’s 1999 vote for independence, this is something the Widodo government clearly wants to avoid, especially as it is still coping with a low-level but irritating insurgency staged in the area by the separatist Free Papua Movement.

Tillerson is already understood to have talked with Australian Foreign Minister Julie Bishop about the Freeport case, given Rio Tinto’s role in providing much of the funding for the Grasberg mine’s conversion and its proactive stance on the arbitration suit.

US Senator John McCain, meanwhile, recently wrote a letter to maritime coordinating minister Luhut Panjaitan complaining about Freeport’s treatment, calling the Indonesian government’s actions “a form of nationalization…inconsistent with its status in the international community.”

A close political adviser to Widodo with an over-arching portfolio that includes the mines and energy ministry, Panjaitan has been a hardliner on the Freeport issue from the start and the prime mover behind the 51% divestment demand.

Jakarta may already be on Trump’s radar. He was believed to have referred obliquely to Indonesia in a recent speech to the US Congress when he complained that US bike maker Harley Davidson had to pay more than a 100% duty in one of what he said were many countries with overly high tariff barriers.

Harley Davidsons have always been popular in Indonesia, including with former president Suharto, who was known to ride one mostly on palace grounds. With an estimated 20,000 Harley Davidsons now on Indonesia’s roads, they have become status symbols for generals and wealthy businessmen prepared to pay US$75,000 for bikes that would cost only US$25,000 before import taxes.

No matter what happens in June, or during what would be a drawn-out arbitration process, Freeport will continue to operate the Grasberg mine at the current reduced level, with both the company and the government losing substantial revenues.

Nor can Papua’s economy, enjoying as it does an injection of US$3.3 billion a year in direct benefits and local spending. Any dent in that would have a profound impact on Timika, a town of 300,000 people which serves as Freeport’s logistical base on the south coast.

In the short-term, there is the danger of an adverse reaction from 10,000 artisanal gold miners who pick through the Grasberg mine’s fine rock waste as it washes downstream to the company’s deposition area between Timika and the pristine Lorenz National Park.

The US$100 million a year operation, garnering 10% of the gold which escapes the milling process, will also mean a significant loss of revenue for the police and military who run the business, in addition to their primary duty of guarding the mine.

If Freeport is forced to walk away from the Grasberg mine in 2021 – something entirely possible in a poisonous post-arbitration atmosphere – Indonesia would be faced with some significant challenges if it tries to go it alone, one being to ensure that the mine keeps functioning.

Freeport’s Indonesian staff could probably do that, but how effectively is a different matter. Says one foreign engineer with first-hand knowledge of the Grasberg mine’s operations: “If there’s a problem to solve, then a lot of them are reluctant to make a decision.”

More crucially, however, is what will happen to the mine’s underground conversion. The government does not have the money to pay for such a large and complex undertaking, let alone the technical expertise required to build 950 kilometers of underground railway.

Even if it was forced to swallow its pride and seek outside help, no big foreign miner would likely be tempted to take over the world’s most profitable mine when the billions it would have to invest would be rewarded by having to relinquish a controlling interest 10 years later.

The alternative, of course, would be to simply leave the world’s single richest store of copper and gold in the ground, safe in the hands of the Indonesian people as its constitutionally-mandated owner. In that way it would be safe too from rent-seeking politicians, who, former mines and energy minister Sudirman Said says, stand in the way of a “common sense” solution.