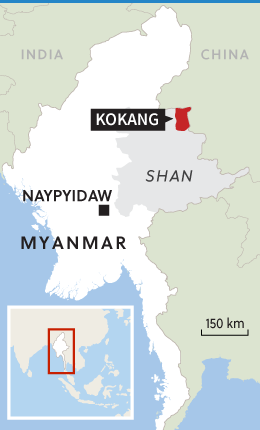 Some of the heaviest recent fighting in Myanmar has taken place in the ethnic Chinese populated Kokang region, one of the least known and most misunderstood parts of the war-torn country. Equipped indirectly with Chinese arms and fought along the two countries’ mountainous border, the Kokang rebellion has been central to the recent deterioration of once cozy ties between China and Myanmar.

In recent weeks, many Myanmar netizens have posted messages on Facebook questioning whether the Kokang should be considered Myanmar citizens. As fighting has escalated between government forces and Kokang militants, some have even posted scathing comments about a “Chinese invasion” and raised fears of a “Crimea-style” annexation of the Kokang area by China.

Nationalistic Chinese have countered over their social media equivalent Weibo and in local press reports about the need to help their Kokang “brethren.” The Global Times, a Chinese mouthpiece newspaper, published an editorial in February saying that “there are no grounds for comparing Kokang with Crimea” but that “a swarm of refugees pouring into China is detrimental to the border stability of China.”

In fact, the Kokang are one of the 135 “national races” officially recognized by the Myanmar government. Their area was ceded by China to the British, then Myanmar’s colonial ruler, under the 1897 Beijing Convention which staked out China’s relations with Myanmar, then known as Burma, and Tibet. But Britain was never able to bring the remote region fully under its colonial administrative control.

Successive governments of independent Myanmar have been even less successful than the British in bringing the Kokang under centralized rule. In the 1950s, nearly the entire area was taken over by nationalist Chinese Kuomintang (KMT) forces that retreated across the Myanmar-China border after their defeat to Mao Zedong’s communists.

At the time the Yangs, the Kokang’s then ruling family, became members of the Myanmar business and political elite. One of them was Jimmy Yang, or Yang Zhensheng, who was educated at the Shan Chiefs School in Taunggyi and was elected an MP for Kokang in 1950. A few years later he founded the East Burma Bank, whose depositors and shareholders were ethnic Shan princes and business elite.

Most Kokang Chinese — including Jimmy Yang — collaborated with the KMT, while a small armed band led by a local warlord known as Peng Jiasheng went to China, where they received training and promises of support to run the KMT out of Myanmar.

In 1968, Peng returned as head of a unit of the China-sponsored Communist Party of Burma (CPB) and overran most of Kokang. The CPB’s advance was halted only after a crucial battle that lasted from December 1971 to January 1972 as communist forces tried to capture a bridge on the Salween at Kunlong. The northeastern region of Shan State would have fallen under their control had they succeeded.

The success of the government’s forces at Kunlong was partly due to the help they got from a local militia commander and known drug lord, Lo Hsing-han, who knew the terrain well. Grateful Myanmar Army troops later helped him send his opium to laboratories on the Thai border, where it was refined into heroin and exported to world markets.

It was only when Lo had turned against the government in 1973 that he was arrested. But he was released during an amnesty in 1980 and soon built up one of Myanmar’s most diversified and powerful business conglomerates, Asia World, now headed by his son Steven Law or Htun Myint Naing and until recently under United States’ sanctions.

Peng and his forces made peace with the government after the non-Burman rank-and-file of the CPB rose in mutiny against their mainly Burman leaders in 1989. Like all other former CPB units, Peng’s Kokang forces, now known as the Myanmar National Democratic Alliance Army (MNDAA), entered into a ceasefire agreement with the government.

With peace temporarily restored, Peng built up a sizable drug empire in Kokang and contiguous areas. But infighting with other local warlords soon led to chaos and instability, prompting the government to intervene militarily in 2009. Peng fled to China only to return to the Kokang region in early 2015 as the head of a stronger and better armed MNDAA.

The MNDAA is now part of a wider rebel alliance in northern Myanmar which also includes ethnic Palaung, Kachin and Arakanese forces — and is supported by the powerful China-backed United Wa State Army. Whatever the outcome of the present conflict, it will be a tough task for whoever is in power in Naypyidaw to establish any semblance of authority over the area.

Kokang, as well as the Wa Hills to the south, are parts of Myanmar that have never been under any central governmental control, even under colonial rule. But neither have they ever been ruled directly by Beijing. 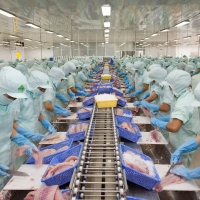 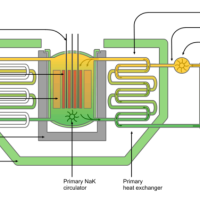