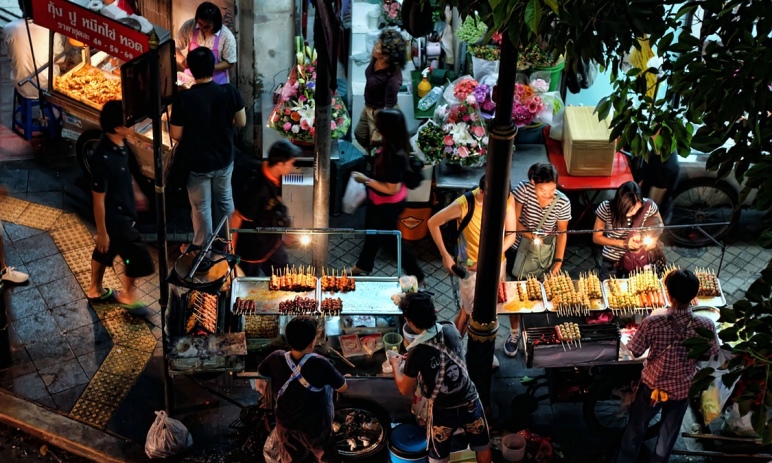 BANGKOK’S world-famous culinary experience looks set to change dramatically today as Thailand’s ruling junta placed a complete ban on street food stalls along all of the capital’s main roads as part of their crackdown of street side dining.

According to AFP (via Channel News Asia), the clean-up campaign has prompted outcry and anguish in the food-obsessed capital, which is famed for its eclectic and bustling street food scene.

Offering a mind-boggling range of cuisines, from a steaming bowl of noodles to deep fried insects, the chaotic clamour of the closely packed stalls is seen locally as a social leveller. People from every aspect of society, from high-flying business people to street cleaners, can be found in the capital enjoying dinner with friends and often befriending the strangers around them.

But city officials have been attempting to hem in food hawkers for months, claiming the crackdown is due to “hygiene reasons.”

“They will not be allowed for order and hygiene reasons,” he added.

The stalls are also a major draw for tourists, who serve as a driving force behind Thailand’s economy.

“If they go against the vendors, that will that affect business and it will affect the charm of Khaosan,” said Sanga Ruangwattanaku, the president of a business association on Khaosan Road – a famous backpacker hotspot in Bangkok’s old town.

Despite the protests, officials went through with the ban today, claiming the vendors cause disruption by littering the streets, clogging footpaths and leaving little room for pedestrians. But many of the locals and visitors alike believe this to be part of the capital’s hectic charm.

The ruling junta remains undeterred, however, and is pushing forward with a number of unpopular regulations as part of a sweeping morality and orderliness campaign.

According to AFP, critics say an attempt is underway to remodel Bangkok into a Singapore-lite and cleaning up the streets is part of this effort. 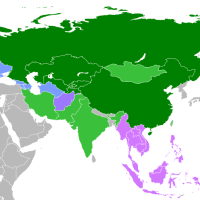