YALTA, April 21. /TASS/. The only way to stop the United States’ aggression is to get rid of dollar addiction, a Kremlin advisor said on Friday.

“The more aggressive the Americans are the sooner they will see the final collapse of the dollar as the only way for the victims of American aggression to stop this aggression is to get rid of the dollar. As soon as we and China are through with the dollar, it will be the end of the United States’ military might,” Sergey Glazyev said in an interview with TASS.

Commenting on the policy of the new US president, Glazyev noted that Donald Trump is doing what the ruling elite expects him to do.

“I had no illusions about him, that he will change the policy. First, America’s aggressiveness in the world is rooted in the aspiration to preserve America’s hegemony in a situation when they have already ceded leadership in the economy to China,” he said.

“The United States has no tools to make all others use the dollar other than a truncheon. That is why they are indulging in a hybrid war with the entire world to shift the burden on their debts onto other countries, to confine all to the dollar and weaken territories they cannot control.”

“In this context, the anti-Russian hysteria and growing Russophobia can be seen as a long-term factor linked with the specific interests of the United States’ ruling elite,” the Kremlin advisor said.

“In objective terms, they are conducting a global hybrid war and in subjective terms, this war is aimed against us. More to it, as it always happens when a global leader is changed, the war is for control over rimland nations. In the period of WWI and WWII, Britain acted as a provoker in a bid to keep its global leadership. Now the United States is doing the same. And Trump expresses these interests,” he said.
Source: 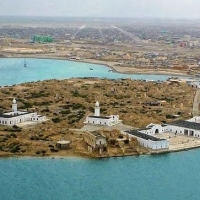