War on terror in Southeast Asia

When Philippine President Rodrigo Duterte declared martial law over the southern island of Mindanao to combat an Islamic State-linked militant attack on Marawi City, it marked the start of a new phase of Southeast Asia’s long battle with Islamic terrorism – one with dangerous new international dimensions.

Reports from the front-lines indicate foreign fighters from countries as far-flung as Morocco, Saudi Arabia, Chechnya, India, Malaysia and Indonesia are battling with the local IS-linked Maute Group in an ongoing battle Filipino security forces have clearly struggled to contain.

Indonesia security officials have claimed there are now as many as 1,200 IS-linked foreign militants in the southern Philippines. If so, that likely means hundreds of foreigners have fled the collapsing jihadi battlefields in Iraq and Syria for potential new ones in Southeast Asia.

Regional security officials had earlier estimated that at least 100 Southeast Asian nationals had returned home from Syria and Iraq in recent months. Malaysia’s deputy prime minister and interior minister Ahmad Zahid Hamidi said late last year that his country’s border and airport security had been stepped up to monitor for returnees.

According to previous official statistics, around 90 Malaysians joined IS or other Islamic militant groups in the Middle East since 2013, though the figure could be considerably higher according to independent analysts.

There are no similar public government estimates for neighboring Indonesia, but some analysts suggested around 1,000 could have left for Syria or Iraq. In Syria, ISIS formed a Southeast Asian combat unit, known as Katibah Nusantara, of mostly Malay speaking fighters.

Some have claimed the group maintained a training ground in Poso, Indonesia, a long-time hotbed of Islamic extremism. IS-linked militants have now staged two terror attacks in Indonesia, including an apparent botched bombing plot against police that exploded at a Jakarta bus stop on May 24.

Terrorism analyst Rohan Gunaratna, head of the International Center for Political Violence and Terrorism Research in Singapore, says that the Philippines, namely its sectarian-plagued southern region, is now the “epicenter” of IS’ infiltration in Southeast Asia.

The question for Southeast Asian governments now is what to do about returnees bent on importing Islamic ideology and violence. One major problem, not just for Southeast Asian countries, is how to prove that people have participated in terrorist activities abroad. Some analysts note that not all Southeast Asians who traveled to join IS in the Middle East are fighters.

Sidney Jones, an expert of extremist and terrorist groups in Indonesia, has estimated that about 45% of all Indonesians living in IS controlled territory in Iraq and Syria were women and children, the family members of militants.

Compared with previous years, when some militants returned home mostly because of disaffection with IS ideology, fighters are now being forced militarily out of Iraq and Syria. That will make it harder for monitoring officials to discern how committed they are to extremist causes.

In late 2015, Indonesia’s National Intelligence Agency was revealed to be tracking at least 100 citizens who had returned home from the Middle East after successfully or unsuccessfully joining IS. Several of them were detained and deported from Turkey, a main route for militants heading to Syria or Iraq.

Because there was no Indonesian law allowing preventive detention, local media reported that all the returnees were released after questioning, though counter-terrorism police are believed to be monitoring many of them. Several Southeast Asian nations are currently updating their anti-terror laws to tackle the issue.

Jasminder Singh, an analyst at Singapore’s Nanyang Technological University, has suggested that “Southeast Asians should be stripped of their citizenship for participating in criminal acts on behalf of another state.”

But this, others say, would require direct evidence of participation in terrorist activities in the Middle East, which is not easy and would most likely require them being deported back to Syria or Iraq for legal action – neither possible nor the best way of reducing extremism.

The Marawi City siege shows that multilateral and bilateral counter-terrorism cooperation in the region is still lacking.

It seems increasingly clear to many analysts that many regional IS-linked militants headed to the less-monitored and surveilled southern Philippines than return to known waiting dragnets in their home countries, namely Indonesia, Malaysia and Singapore.

In a bid to boost regional counter-terrorism cooperation, Indonesia and Australia recently agreed to co-host a counterterrorism summit in August in Sulawesi, which reportedly will be attended by leaders and security agencies from across the Asia-Pacific.

Significantly, perhaps, there is still no formal IS group in Southeast Asia, but rather aligned local affiliates. The Abu Sayyaf Group in the Philippines, for example, has pledged allegiance to IS, as have a handful of other lesser known groups in the region. The Maute Group now leading the siege of Marawi City was mostly unknown until now.

The regional terror group Jemaah Islamiyah (JI), once linked with Al Qaeda and considered the region’s main terror threat, has refused to join and remains ideologically opposed to IS. JI was behind the 2002 Bali bombing, the region’s worst ever terror attack which killed 202 people, mainly Western tourists.

The group was largely neutralized by persistent police work over several years that captured and killed scores of JI militants, including its top leaders. It’s unclear how many extremists that were previously linked to JI have now joined forces or fused networks with IS, if any.

“Even if extremists do eventually create an IS in Southeast Asia,” wrote Joseph Chinyong Liow, a fellow at the Brookings Institution, a Washington-based think tank, “its origins will lie not in Raqqa [IS’ capital in Syria], but in the fringes of Indonesian society, in the climate of extremism that re-emerged amid the political activism that followed the fall of Suharto, Indonesia’s long-ruling dictator.”

The same could apply to the equally deep fringes of Philippine and Malaysian society. Indeed, the return of militants from the Middle East comes as commentators say conservative Islam is gaining a stronger foothold in Malaysia and Indonesia, once known for its traditional secularism and religious moderation.

What is clear that Islamic extremism, mobilized by groups that have declared allegiance to IS, will be a challenge for Southeast Asia for years to come. The IS-linked militants fighting in Marawi City are already believed to be leveraging the siege to win new recruits over social media.

As IS retreats from the deserts of the Middle East, the risk is rising it regroups with a vengeance in the wilds of Southeast Asia. 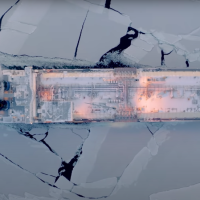 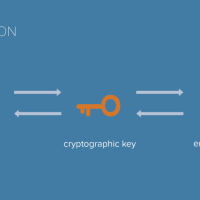 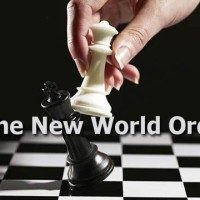 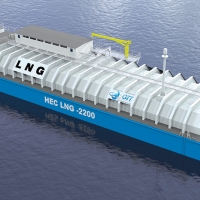 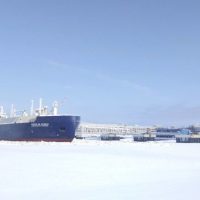 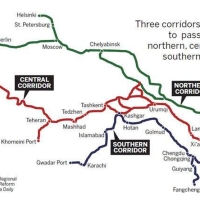