Macau’s government – a cash machine that keeps on giving

If the annual cash payouts to residents ever stop, there might well be a social backlash

To many outsiders, the people of Macau are a lucky bunch. Case in point, the government is always showering them with money.

For the 11th consecutive year, Macau residents are to be given cashback. In the third quarter of 2018, permanent residents in the gaming city will receive 9,000 patacas (US$1,120), which means they’ll each have received a total of 81,000 patacas since the government started giving away 5,000 patacas in 2008. Non-permanent residents, such as migrant workers, will get 5,400 patacas.

After eight years, the payouts have become the norm. So much so, in fact, that they don’t excite people much anymore.

What is new this year is an increase in the birth incentive. Offered to both parents, it is to be increased from 5,000 patacas from 1,957 patacas.

The system allows for extra payments for seniors and students, too. For example, seniors – who in Macau receive monthly payments of 3,450 patacas (so-called “fruit money”) – will receive another 9,000 patacas on top of the 9,000 patacas paid to everyone.

Savers in work also benefit. New entrants to the government’s pension scheme will be given one-off payments of 10,000 patacas to join the fund. Existing members will receive an injection of 7,000 patacas.

Together, the subsidies add up to 12.9 billion patacas for the tiny casino city.

Macao Chief Executive Fernando Chui has been generous in giving away money since taking office in 2009, but his largesse is more pronounced this year. It’s possible that he may have felt the need to pacify citizens irked by the government’s mishandling of Typhoon Hato in the summer.

That storm claimed at least 10 lives and left almost half of the city without water, electricity or public transport for two days.

Chung Kim-wah, an assistant professor at Hong Kong Polytechnic University, said that making cash subsidies the norm could harm the government in the long term because if it ever decides to stop there is likely to be a social backlash.

Although it has roughly a tenth of Hong Kong’s population, Macau’s GDP per capita is higher than its neighbor’s, thanks to its booming casino revenue. The Macau government could afford to invest in improvements to the services it provides, thereby helping to ease the hardships endured by poorer sections of society. Giving away money is just as likely to keep the grass roots happy, though. It’s also the easier option. 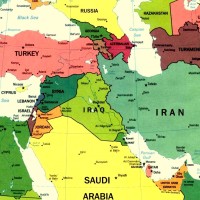 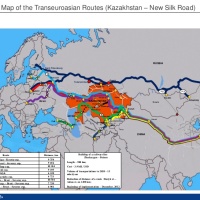