As it shifts away from pacifism, Tokyo hopes to leverage the technological edge of native defense contractors to piggyback new missiles and fighters off US systems

The proposed maneuvers – the first by the two navies since World War I – are part of a cooperation pact announced by London and Tokyo on December 14. The pact also includes jointly developing a new air-to-air missile for the US F-35 stealth fighter used by both countries.

Behind these moves are a fear of China’s naval advances. Japan also has doubts about Washington’s security commitment, while a pre-Brexit Britain looks tentatively beyond European shores.

“The Japanese are really trying to find friends anywhere they can,” Eric Wertheim, a US naval weapons analyst said. “China has been increasingly assertive and aggressive in their part of the world.”

“Japan and Britain are two island nations that are feeling a little more isolated than they were just a few years ago, so it’s not surprising that they are building a new defense relationship,” added Rockford Weitz, director of the Maritime Studies Program at the Fletcher School of Tufts University.

The moves come as Japanese Prime Minister Shinzo Abe floats a raft of new proposals for indigenous weapons that illustrate how far the sector has come in a nervous new Japan that is shifting away from the pacificism of yore.

Japan’s Maritime Self-Defense Force and the Royal Navy will hold separate (rather than multilateral) joint exercises when British frigates deploy to Asia-Pacific next year. Ground forces from both nations will also hold joint maneuvers in 2018, and the Royal Air Force has already held a joint exercise in Japan. Japan and Britain, moreover, inked an agreement earlier in 2017 to exchange data that can be used in co-developing an advanced fighter jet.

The Japanese Navy has also held joint drills with US, Indian and Australian vessels, while Tokyo is in discussions to expand defense cooperation with Australia and various Southeast Asian nations.

“Why not have a Japanese, Indian and Australian alliance?” asked Joseph F. Callo, a naval expert and retired rear admiral in the US Navy Reserve. That would reflect Washington’s policy: the new US national security strategy includes diplomatic alliances between the US, India and Japan to deter China in the region.

Tokyo is seeking to leverage the technological edge of native defense contractors to improve on US weapons already in the country’s arsenal, or to come up with entirely new ones. If Abe can fully overturn curbs on military exports, indigenous weapons could also generate new revenues.

The US-designed F-35A is a launch platform. Japan is assembling the US stealth fighter at local plants and has joined with Australia as the servicer for F-35s operated by US allies in the region. Japan is slated to receive 42 F-35As from the US and may buy additional jets.

The country proved it could piggyback improved weapons off US originals with the Mitsubishi F-2 – a larger, longer-range variant of the US F-16C. The F-2 and related projects helped prompt the Mitsubishi X-2 Shinshin program, Japan’s first domestically built stealth aircraft. The X-2 program will be concluded next year, then Japanese defense officials will assess whether to develop a new indigenous fighter, the F-3, or develop one with a foreign partner. Regardless, long-term Japanese thinking is increasingly focused on developing indigenous weapons systems against China.

In this vein, the Yomiuri Shimbun reported that Japan is mulling developing a stealthy, specialized Japanese cruise missile: an improved version of the US Tomahawk that Japan already uses. Upgrades are expected to have a radar-evading stealth shape and the capability to change course in mid-flight.

Recent Japanese interest in expanding its defense shield to include downing Chinese cruise missiles is expected to intensify cooperation with Washington, as is a December 19 cabinet decision to add a US land-based Aegis anti-missile system to bolster defenses against North Korea. But these moves could also spur new Japanese innovations.

Japanese defense contractors have advanced greatly since the Cold War, when their sector was hamstrung by strong anti-war sentiment. Article 9 of Japan’s post-war constitution, which forever renounces war as “a sovereign right of the nation and the threat or use of force as means of settling international disputes,” is no longer sacrosanct, now that the country’s pacifist-leaning war generation is mostly in the grave.

Companies such as Mitsubishi Heavy Industries have been assembling US-designed fighters, helicopters, Aegis missile destroyers and other weapons for decades under co-licensing arrangements with US firms. They have also built domestically-designed diesel submarines, armored vehicles and limited suites of other conventional arms that fit the constitutional definition of “defensive” weapons. US products such as radar systems and the Patriot anti-missile system were bought off the shelf.

Now Japan is moving to build indigenous and hybrid weapons systems. “The Japanese defense industry is very good and very capable, as are their defense forces,” said Eric Wertheim, a US naval weapons expert, adding that China’s numerical superiority relates not just to manpower, but also to arms production.

Japan’s potential prowess as an arms maker was apparent in the 1980s. Coatings used on Japanese microwave ovens and other advanced materials drew the notice of US defense researchers for possible use in stealth fighters. Computer-aided Japanese machine tools were so superior that the Soviets tried to illegally acquire them to make super-silent submarine propellers.

Some projects went “clunk.” Mitsubishi had trouble emulating US avionics and other “black box” fighter tech; plans for Japanese warplanes were shelved in favor of producing US variants; and a “kneeling tank” with a low battlefield profile proved obsolete by the time it was deployed.

That was then. Now, Japan fields a Type 10 fourth-generation main battle tank with expanded countermeasures against anti-tank weapons and has successfully tested the indigenous X-2.

In a nod to constitutional sensitivities, Japan’s helicopter carriers are designated “destroyers.” However, its four “helicopter destroyers” are de facto mini aircraft carriers that can be used by the vertical-landing F-35. This is a far cry from the mid-1980s, when the mere mention of building a “defensive” helicopter carrier in a government white paper stirred public protests.

Japanese diesel submarines are also world class. Though a Japanese consortium unexpectedly lost to France’s DCNS in bidding for a US$40 billion Australian contract for new submarines, Abe is likely to keep beating the drum for such overseas arms sales.

“Japan will continue to put feelers out and they will get contracts,” said Weitz of the Fletcher School. “Their diesel-electric subs are phenomenal.” 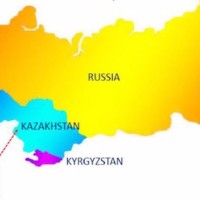 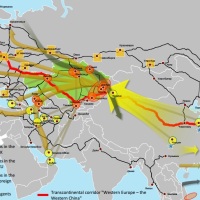 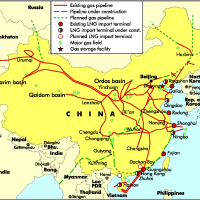 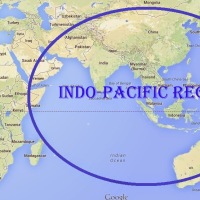 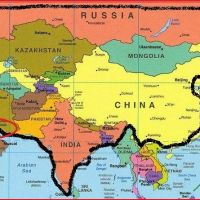 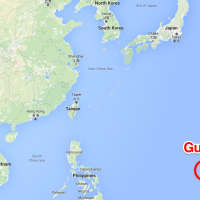