Human civilization is the product of intelligence, complex structures and diverse laws developed over the course of time. Those fundamental building blocks of civilization have led humans toward new kinds of innovation in the form of art, music, architecture and philosophy. These innovations have helped civilizations flourish and amplify human intelligence through various revolutions.

In the progress of human civilization, two major historical revolutions have been consequential: the Agricultural and the Industrial Revolution. The first one is the sole reason behind the creation of societies and the latter one helped enhance the overall productivity of society. But the Industrial Revolution has also changed the economy’s source of productivity from the farm to the factory.

The rise of a data-driven world

The 21st century has seen a new era of the rapid pace of technological changes. The information-technology revolution marked the shift from mechanical and analog electronic technology to digital electronics.

The massive increase in computational power and the rise of Internet-based services made the world more interconnected. It has affected the whole of our lives and almost every sector of modern human activity such as banking, trading, learning, teaching and management.

The start of a machine-based world order

“Artificial intelligence” used to refer to fascinating concepts of machines becoming intelligent enough to mimic the life of a human in regards to the decision-making process. But these days such machines have become a reality as well as an integral part of our lives and are actively becoming part of workplaces.

The best example is chatbots, which learn from our conversations and handle any complicated queries. This type of deep learning, which allows a machine to process information and reach a particular meaning without relying on predefined behavioral algorithms, is highly sophisticated.

These prototypes are considered non-sentient artificial intelligence, which performs only one function or task. But recent advances in this field through various technological innovations has proved that AI can perform complex multiple operations in fractions of a second. Recently, Google AlphaGo made history by beating a human opponent and winning a 2,000-year-old board game that is an order of magnitude more complex than chess and cannot be mastered through brute-force tactics.

Although the full potential of AI has not been reached yet, corporations and heavy industries have started incorporating some artificial intelligence in their day-to-day business operations to achieve efficiency gains.

As artificial intelligence goes mainstream, it is becoming part of our day-to-day personal lives through such products as Amazon Alexa, Google Home, and the Apple HomePod. This has been seen as a Fourth Industrial Revolution that is reaching into our homes.

But the real question that must bother to humanity is whether this AI-led Fourth Industrial Revolution (4IR) will help solve the world’s most complex problems and what impacts it can bring to humanity in the near future.

We are already seeing the impacts of 4IR in the form of AI in health care, security and education, which mainly rely on data. Although the human brain is capable of comprehending the most complex data, it has a limitation, that is, the speed with which it processes data. This boundary of the human brain can be overcome by artificial intelligence.

AI can look directly into account variability in genes, environments, and lifestyles before the treatment of a disease. This will allow doctors to have more accurate data that will improve the precision of medical treatment, leading to the patient’s quick recovery.

The biggest potential impact of AI will be on the world of work and the job market. A recent report released by McKinsey & Company indicated that by 2030, more than 800 million workers worldwide would be replaced by AI and robots. The greatest job displacement is expected in the areas of transportation, storage, manufacturing and retail.

Soon AI will take away the most repetitive and boring work, which will enable individuals to spend some quality time on a creative problem-solving, which will able to boost productivity.

Soon, the challenge facing humanity will be regarded as man versus machine in terms of productivity and efficiency.

The exponential rise of AI in society will have a massive impact on our lifestyles. There will be automated vehicles, and intelligent robots doing ordinary day-to-day work like answering e-mails and handling data-entry operations. But such a massive level of involvement of automated machines will help increase social unrest as it completely changes the nature of work.

The real danger to humanity is posed by sentient artificial intelligence. “Sentient AI” refers to a machine that is quite aware of itself and its close environment as well as having the ability to process massive amounts of data in real time. These conscious machines will be capable of raising the most basic questions about the legal and ethical problems regarding their own existence as slaves of humans rather than as their partners or even their masters.

What will be the future of humanity as it faces such intelligent machines that have more information, a far more complex structure and diverse laws based on codes? A society that develops around such smart machines will need to go through serious introspection to avoid the risk of becoming irrelevant.

The idea of Homo machinus is likely to be the only option for humanity, where human minds will have a closer merger with artificial intelligence before the advent of singularity. This race will be a product of a combination of biological intelligence with digital intelligence to help them compete with machines. This partnership of humans and machines will bring in a new civilization whose ethics and future cannot be comprehended at this moment.

Ravi Kant
Ravi Kant is a financial writer with a deep passion for technology and economics, and also covers International politics and cybersecurity. He has wide experience in the financial world and some of his analysis has been published in leading magazines such as The Market Mogul and The Indian Economist. 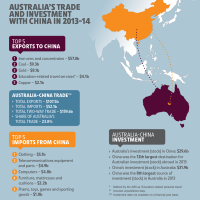