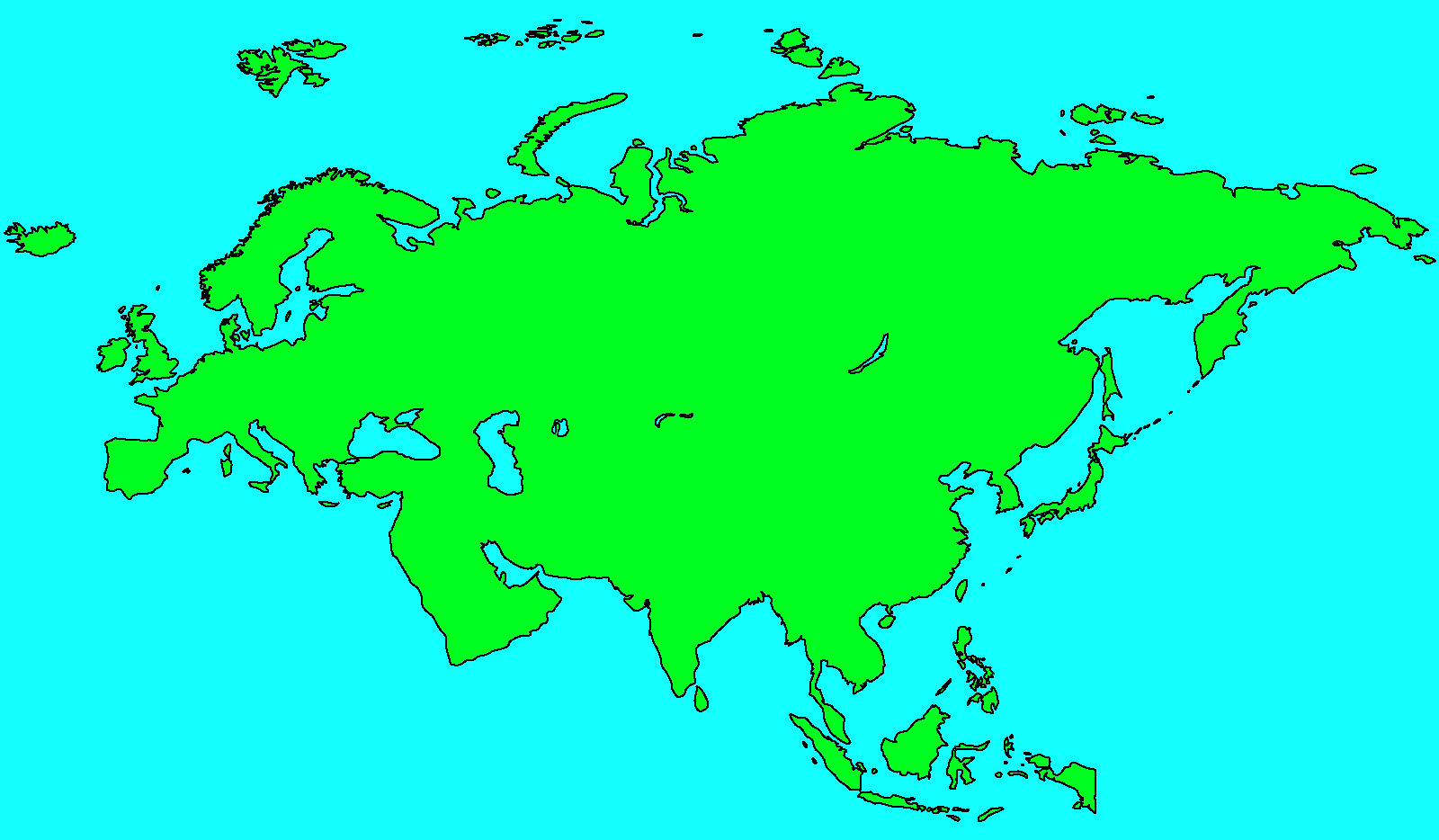 Iran’s top trading partner is China, while Tehran and Moscow have been improving ties as the three countries move closer to cementing a solid alliance

Two summits – the cross-border handshake that shook the world between Kim and Moon in Panmunjom and Xi and Modi’s cordial walk by the lake in Wuhan – may have provided the impression Eurasia integration is entering a smoother path.

Not really. It’s all back to confrontation: predictably the actual, working Iran nuclear deal, known by the ungainly acronym JCPOA, is at the heart of it.

And faithful to the slowly evolving Eurasia integration road-map, Russia and China are at the forefront of supporting Iran.

China is Iran’s top trading partner – especially because of its energy imports. Iran for its part is a major food importer. Russia aims to cover this front.

Chinese companies are developing massive oil fields in Yadavaran and North Azadegan. China National Petroleum Corporation (CNPC) took a significant 30% stake in a project to develop South Pars – the largest natural gas field in the world. A $3 billion deal is upgrading Iran’s oil refineries, including a contract between Sinopec and the National Iranian Oil Company (NIOC) to expand the decades-old Abadan oil refinery.

In a notorious trip to Iran right after the signing of the JCPOA in 2015, President Xi Jinping backed up an ambitious plan to increase bilateral trade by over tenfold to US$600 billion in the next decade.

For Beijing, Iran is an absolutely key hub of the New Silk Roads, or the Belt and Road Initiative (BRI). A key BRI project is the $2.5 billion, 926 kilometer high-speed railway from Tehran to Mashhad; for that China came up with a $1.6 billion loan – the first foreign-backed project in Iran after the signing of the JCPOA.

There’s wild chatter in Brussels concerning the impossibility of European banks financing deals in Iran – due to the ferocious, wildly oscillating Washington sanctions obsession. That opened the way for China’s CITIC to come up with up to $15 billion in credit lines.

The Export-Import Bank of China so far has financed 26 projects in Iran – everything from highway building and mining to steel producing – totaling roughly $8.5 billion in loans. China Export and Credit Insurance Corp – Sinosure – signed a memorandum of understanding to help Chinese companies invest in Iranian projects.

China’s National Machinery Industry Corp signed an $845 million contract to build a 410km railway in western Iran connecting Tehran, Hamedan and Sanandaj. And insistent rumors persist that China in the long run may even replace cash-strapped India in developing the strategic port of Chabahar on the Arabian Sea – the proposed starting point of India’s mini-Silk Road to Afghanistan, bypassing Pakistan.

So amid the business blitz, Beijing is not exactly thrilled with the US Department of Justice setting its sights on Huawei, essentially because of hefty sales of value-for-money smart phones in the Iranian market.

Have Sukhoi will travel

Russia mirrors, and more than matches, the Chinese business offensive in Iran.

With snail pace progress when it comes to buying American or European passenger jets, Aseman Airlines decided to buy 20 Sukhoi SuperJet 100s while Iran Air Tours – a subsidiary of Iran Air –  has also ordered another 20. The deals, worth more than $2 billion, were clinched at the 2018 Eurasia Airshow at Antalya International Airport in Turkey last week, supervised by Russia’s deputy minister of industry and trade Oleg Bocharov.

Both Iran and Russia are fighting US sanctions. Despite historical frictions, Iran and Russia are getting closer and closer. Tehran provides crucial strategic depth to Moscow’s Southwest Asia presence. And Moscow unequivocally supports the JCPOA. Moscow-Tehran is heading the same way of the strategic partnership in all but name between Moscow and Beijing.

According to Russian energy minister Alexander Novak, the 2014  Moscow-Tehran oil-for-goods deal, bypassing the US dollar, is finally in effect, with Russia initially buying 100,000 barrels of Iranian crude a day.

Russia and Iran are closely coordinating their energy policy. They have signed six agreements to collaborate on strategic energy deals worth up to $30 billion. According to President Putin’s aide Yuri Ushakov, Russian investment in developing Iran’s oil and gas fields could reach more than $50 billion.

Iran will become a formal member of the Russia-led Eurasia Economic Union (EAEU) before the end of the year. And with solid Russian backing, Iran will be accepted as a full member of the Shanghai Cooperation Organization (SCO) by 2019.

Iran is guilty because we say so

Now compare it with the Trump administration’s Iran policy.

Barely certified as the new US Secretary of State, Mike Pompeo’s first foreign trip – to Saudi Arabia and Israel – amounts in practice to briefing both allies on the imminent Trump withdrawal of the JCPOA on May 12. Subsequently, this will imply a heavy new batch of US sanctions.

Riyadh – via Beltway darling Crown Prince Mohammad bin Salman, (MBS) – will be all in on the anti-Iran front. In parallel, the Trump administration may demand it, but MBS won’t relinquish the failed blockade of Qatar or the humanitarian disaster that is the war on Yemen.

What’s certain is there won’t be a concerted Gulf Cooperation Council (GCC) front against Iran. Qatar, Oman and Kuwait see it as counterproductive. That leaves only Saudi Arabia and the Emirates plus irrelevant, barely disguised Saudi vassal Bahrain.

On the European front, French president Emmanuel Macron has stepped up as a sort of unofficial King of Europe, leveraging himself to Trump as the likely enforcer of restrictions on Iran’s ballistic missile program, as well as dictating Iran to stay out of Syria, Iraq and Yemen.

Macron has made a direct – and patently absurd – connection between Tehran abandoning its nuclear enrichment program, including the destruction of uranium stockpiles enriched to less that 20%, and being the guilty party helping Baghdad and Damascus to defeat Daesh and other Salafi-jihadi outfits.

No wonder Tehran – as well as Moscow and Beijing – is connecting recent, massive US weapons deals with Riyadh as well as MBS’s hefty investments in the West to the Washington-Paris attempt to renegotiate the JCPOA.

Putin’s spokesman Dmitry Peskov has been adamant; the JCPOA  was the product of a strenuous seven-country negotiation over many years: “The question is, will it be possible to repeat such successful work in the current situation?”

Thus the suspicion widely floated in Moscow, Beijing and even Brussels that the JCPOA irks Trump because it’s essentially a multilateral, no “America First” deal directly involving the Obama administration.

The Obama administration’s pivot to Asia – which depended on settling the Iranian nuclear dossier – ended up setting off a formidable, unintended chain of geopolitical events.

Neocon factions in Washington would never admit to normalized Iranian relations with the West; and yet Iran not only is doing business with Europe but got closer to its Eurasian partners.

Artificially inflating the North Korea crisis to try to trap Beijing has led to the Kim-Moon summit defusing the “bomb the DPRK” crowd.

Not to mention that the DPRK, ahead of the Kim-Trump summit, is carefully monitoring what happens to the JCPOA.

The bottom line is that the Russia-China partnership won’t allow for a JCPOA renegotiation, for a number of serious reasons.

On the ballistic missile front, Moscow’s priority will be to sell S-300 and S-400 missile systems to Tehran, sanctions-free.

Russia-China might eventually agree with the JCPOA 10-year sunset provisions to be extended, although they won’t force Tehran to accept it.

On the Syrian front, Damascus is regarded as an indispensable ally of both Moscow and Beijing. China will invest in the reconstruction of Syria and its revamping as a key Southwest Asia node of the BRI. “Assad must go” is a non-starter; Russia-China see Damascus as essential in the fight against Salafi-jihadis of all stripes who may be tempted to return and wreak havoc in Chechnya and Xinjiang.

A week ago, at an SCO ministerial meeting, Russia-China issued a joint communiqué supporting the JCPOA. The Trump administration is picking yet another fight against the very pillars of Eurasia integration.

From Golden Dollar to Petro Dollar to Narco Dollar