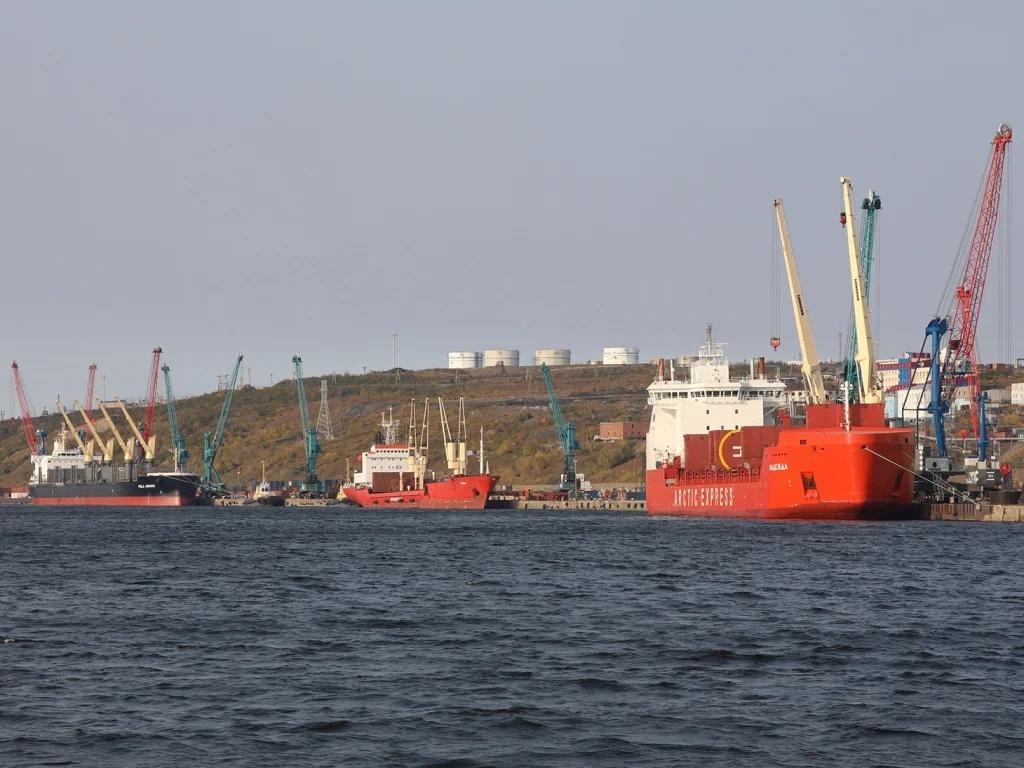 Suez Canal was blocked for one week by the giant container ship Ever Given. Alternative routes from Europe to Asia are increasingly being discussed. The Northern Sea Route (NSR) is no exception.

On March 22, the day before the incident in the Suez Canal, the Finnish design bureau Aker Arctic , specializing in ice technology, presented a project of an Arctic container ship for the NSR. Detailed information is contained in the corporate publication of a Finnish company.

The concept design of a container ship with a capacity of 8 thousand TEU for year-round operation on the NSR is based on previous developments by Aker Arctic for the region. A series of reinforced ice-class container ships of the Norilsk Nickel type and LNG carriers of the Arc7 class for the Yamal LNG project.

The container ship for the NSR will differ from other vessels of a similar type with an ice-reinforced hull. As well as icebreaker-type bow lines, and equipment for protecting cargo from the cold.

According to Luigi Portunato, shipbuilding engineer at Aker Arctic, the vessel can be built in two versions.

The first assumes the use of the “double acting ship” technology. It is due to the hull lines and the propulsion complex higher than the nose. In this case, the hybrid propulsion system consists of one shaft line with a central propeller and two rudder propellers along the sides.

The second , more traditional option, involves the use of two shafting with propellers and two rudders.

A special feature of the double-acting container ship will be an additional wheelhouse located in the aft part of the mooring deck. That will be used when moving aft forward. In addition, due to low operating temperatures, the bridge between the engine room and the wheelhouse with living quarters will be located below deck.

At the moment, the following technical characteristics of the container ship from Aker Arctic are known:

When developing the project of the container ship, two options for the use of Arctic container ships on the Northern Sea Route were calculated. From Asian ports to European ports. As well as only in the section between the supposed container hubs in Murmansk and Kamchatka.

As a result, the designers came to the conclusion that the cost of transportation of a conventional container decreases with an increase in the vessel’s capacity for all options. At the same time, it is difficult to pinpoint the point when the options for transportation along the NSR become more profitable than the route through the Suez Canal. This is influenced by many factors, including the cost and type of fuel, the degree of loading of the vessel, etc.

According to Luigi Fortunatto, in the current market conditions, using an Arctic container ship is slightly more expensive than crossing the Suez Canal. The economic efficiency of Arctic container ships could be increased by switching to liquefied natural gas (LNG). At the same time, the shorter route from Asia to Europe along the NSR gives a gain in time. If earlier the speed and adherence to the schedule could only be guaranteed in summer, then with the new container ship we can already talk about the winter-spring period.

It is worth noting that the Aker Arctic publication does not mention the customer for the new vessel. It can be assumed that it is a subsidiary of Rosatom, Rusatom Cargo, which is implementing a project to create the Northern Sea Transit Corridor (SMTK). Earlier it became known about the company plans to start pilot operation of Arctic container ships of the Arc7 class as early as 2024.

Yellow Vests: No Coincidence Macron, Merkel and May are in Dire Straits