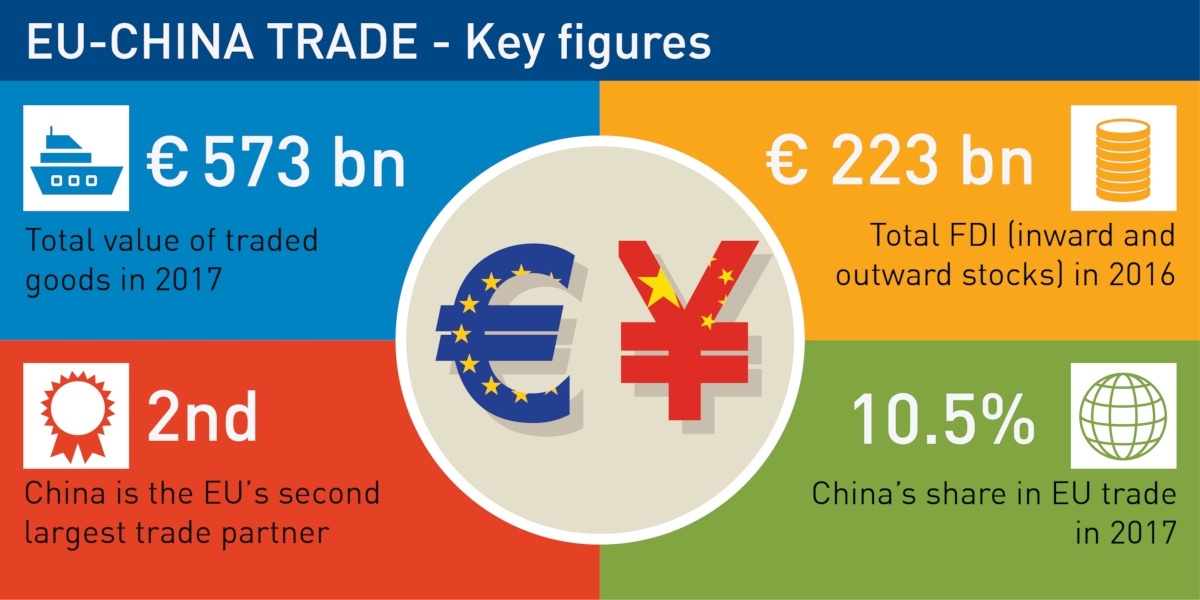 Brussels is looking for an alternative in the USA and India

The European Parliament on May 20 froze the ratification of the investment agreement between the EU and China. The reason was foreign policy friction between Brussels and Beijing. It is not yet clear whether the document will be returned to the vote. A split in relations between two of the three largest economies in the world may prompt the EU to seek other alliances, or perhaps to rely primarily on its own forces and active protectionism. Details – in the material “Izvestia”.

China-EU relations in recent years have been an almost equal combination of love and hate. For the European Union, China was the second most important export market (about € 250 billion a year). Especially for critical industries like mechanical engineering. In turn, the importance of the European market for China was no less important. Although it was inferior to the American one in terms of supply, it grew faster and more stable.

At the same time, Europe has become the most important target for the export of capital from China. Accumulated Chinese investment reached $ 350 billion by the end of 2019, again second only to the United States. Investments in European countries fit perfectly into the Belt and Road project, whose main task was to create in Eurasia a reliable alternative to the United States as a destination for Chinese exports.

Within this framework, Chinese companies have actively invested in enterprises in Germany, Italy, France, Hungary and other countries. Manufacturers of car tires, household appliances, oil and gas companies, airports and football clubs – it will be difficult to name a field of activity in Europe, wherever a Chinese investor has penetrated, both private firms and corporations with state capital.

Despite this flourishing relationship, mutual rhetoric was sometimes blunt. In March 2019, the European Commission named China as its “systemic competitor.” Given that this happened in the midst of Donald Trump’s declared trade war, this was not good news for China. Later, the conflict was mitigated, among other things, due to the fact that Trump’s anger fell on Europe itself. Americans began to impose trade duties against European countries, threatening retaliation for the introduction of a “digital tax” and other actions in the economy that the previous US administration took as unfriendly.

In December last year, the EU and China signed the largest investment agreement in European history. Its essence boils down to facilitating the access of European companies to the Chinese market, which was able to withstand even the blow of the pandemic (the only large economy that avoided contraction in 2020). Companies that supply high-tech goods to the PRC have received especially favorable working conditions. China, in turn, received guarantees for its investments in the EU, as well as access to the renewable energy market, where the two sides are simultaneously the two largest players and strategic partners by a wide margin.

However, the signed treaty had to go through a difficult and lengthy ratification process. And something went wrong here. First of all, the power has changed in the United States. The new government, at least at the level of rhetoric (and in some places in fact, for example, on the issue of Nord Stream 2), made concessions to the European states. The transatlantic relationship again came to the fore, and China was no longer vital partner.

The diplomatic conflict turned into a reciprocal exchange of strikes when the sanctions imposed on China (not too significant) were followed by a similar targeted response from an Asian country. This is most often the end of the conflicts. This time everything went much further. The European parliamentarians with an overwhelming advantage – with 599 votes out of 687 possible – voted to freeze the ratification of the agreement.

This is not final decision though

Note that this vote is not a final decision and, in fact, has no legal force as such. But the ratification process may be slowed down for a long time. During this time, foreign policy and economic circumstances may well change. And the attitude of individual countries to the agreements.

I must say that the Europeans did not sit idly by all these months. In the course of the trade conflict with the United States, it seemed that the EU and China would inevitably move closer. Brussels is now considering other options for economic integration. The most obvious option is trade agreements with the United States. In early May, German Chancellor Angela Merkel called for the same deal with America that was agreed with Canada last year.… This agreement was already in the air in the middle of the last decade. The parties had already begun negotiations on a Transatlantic Trade Partnership, but in early 2017, the United States canceled a similar trade alliance with the countries of East Asia and Latin America. The last agreement was “killed” at the stage of full readiness. On both sides of the Atlantic they decided that the treaty had no chance at all.

In all fairness, Merkel’s approach is not shared everywhere on the continent. French President Emmanuel Macron has repeatedly stated that Europe should not rely on other superpowers and should show more independence. Questions can also arise overseas, where, despite all the rhetoric of multilateralism and free trade, slogans like “buy American” are gaining momentum. And the full employment promised by the new American administration is unlikely to be achieved if we give even more privileges to foreign manufacturers in their market.

It is possible that the EU will turn in a different direction. In April, it became known that Brussels is negotiating with India on a global infrastructure plan. That should become a competitor to the Belt and Road. It should include cooperation in third countries, the exchange of scientific and innovative ideas and the drafting of uniform standards, especially in the field of financial sustainability. All this should tie the third largest economy in Asia (and the second in terms of purchasing power parity) more closely to the European Union.

India is not yet a player capable of replacing China and the United States as an economic partner. Rather, an agreement with it could become a demonstration of a course that presupposes self-reliance in Europe. Such a line in the economy is becoming more and more popular, given that protectionism is gaining strength in all regions – and the European Union can in no way be an exception .

What is behind the Polish insurgency in the EU empire?