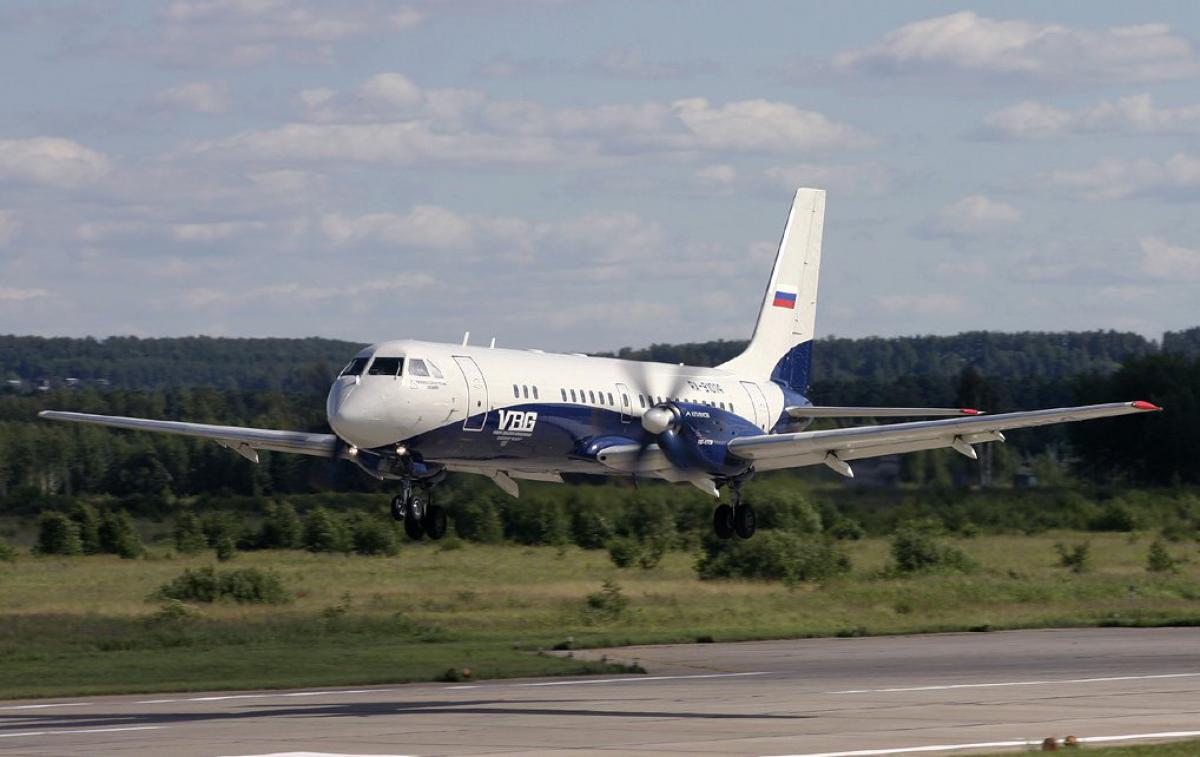 Its construction uses modern composite materials, so it is much lighter and more economical, including new powerful Russian engines

On April 7, at the aircraft plant in Lukhovitsy near Moscow, the second prototype of the Il-114-300 was presented. This new turboprop aircraft is an upgraded version of the Il-114 and is intended for regional transportation. Its construction uses modern composite materials, so it is much lighter and more economical, including new powerful Russian engines.

IL-114-300 is already called an air minibus. It is modern, safe, but also unpretentious in maintenance at any airfield, even if there is a difficult short runway. Hundreds of regional airfields need the Il-114-300, which will replace the obsolete An-24 and An-26 aircraft. The main task is to connect remote settlements with regional centers.

“The main thing for regional aerodromes is that this aircraft has a minimum clearance. Here you can get to everything without special airfield equipment. The plane also has its own built-in ladder, through which all 68 people can climb. The Il-114-300 can carry up to 7 tons at a time, “Zvezda’s correspondent Alexei Koshkin said.

Deputy Prime Minister of Russia Yuri Borisov, together with the leadership of the United Aircraft Corporation, boarded a prototype aircraft and talked to test pilots right in the cockpit, where all the instruments are located on five modern LCD monitors.

“For 30 years we have not made such aircraft. The market is waiting for something, ”Borisov said.

The Deputy Prime Minister also examined the production facilities of the enterprise and the IL-114-300 final assembly shop. There he was also presented with a second prototype aircraft, the assembly of which is proceeding according to the approved deadlines. This model has an updated airframe. It is being assembled using serial technologies, just as all the planes that will go to carry passengers and goods in the regions will be built.

Mass production expected to start in 2023

“We expect that from 2023 the aircraft will enter the series. The production capacity of this workshop is designed for at least 12 aircraft per year. The aircraft has chances in terms of export potential. It can be useful both in India and Iran, ”the Deputy Prime Minister said.

This new turboprop aircraft will withstand temperatures ranging from +45 to -55 degrees. According to the chief designer, the Il-114-300 is also super-safe.

“It has a modern flight and navigation complex for flights in adverse weather conditions, it has modern digital control engines. There is a new air conditioning system on it, ”said Sergei Ganin, chief designer of Il PJSC.

The new aircraft is being created from domestic components. Most of the equipment systems were developed by Rostec enterprises.

“Any employee can come up here, look at a 3D model in order to control or get some initial data for performing work on the plane,” said Alexander Fokin, head of the final assembly shop.

The first prototype Il-114-300 took off for the first time on December 16, 2020 at the airfield in Zhukovsky. The flight task included checking the operating modes of the power plant, the stability and controllability of the aircraft, as well as the functioning of its systems. Flight tests are still ongoing. Two more aircraft will join the test program. During the assembly of this aircraft, the cooperation of various enterprises of the United Aviation Corporation is being worked out.