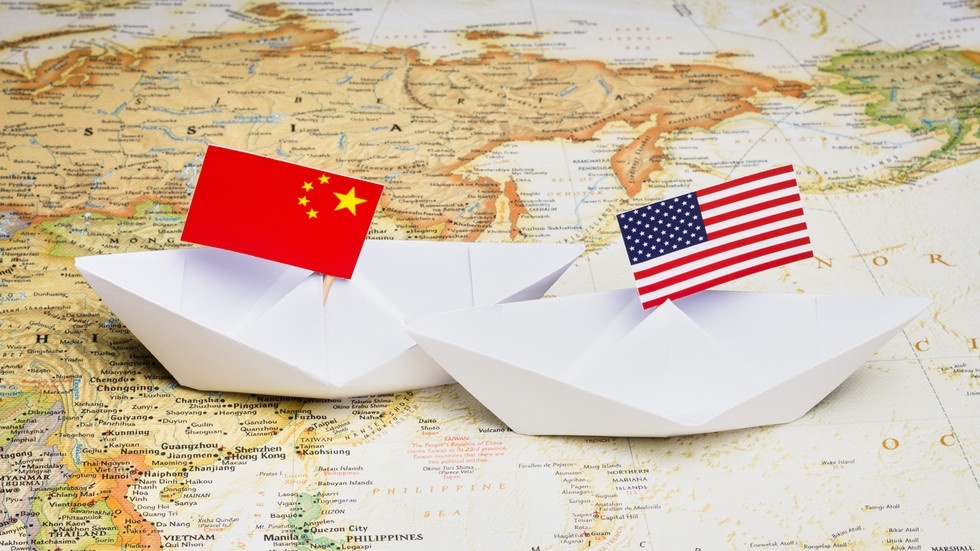 is a British writer and analyst of politics and international relations with a primary focus on East Asia.

A US-led world order is still preferred by more countries than a Chinese one, says a new survey. However, disillusionment with Washington has risen across the globe due to its military adventurism and handling of Covid.

One of the dominant themes of the 21st century has been the return of ‘great power’ politics. The contest for global supremacy between the United States and China. This battle heated up under Donald Trump, and has continued under Joe Biden. Both are eager to restore US primacy against the perceived challenge from Beijing.

But what do other countries make of it all? Do they prefer an American-led world order, or a Chinese one? Or is the answer more complex, with both countries having appealing qualities?

The survey asked probing questions about how they felt about their country’s relationships with the US and China respectively. About the ideals of democracy and other related issues. Perhaps unsurprisingly, support for American leadership continued to heavily outweigh backing for a China for a number of reasons. Yet that did not hide an evidence of growing disillusionment with the US and falling support. Particularly when it comes to what is considered American ‘hard power’.

In China itself, negative perceptions of the US more than doubled, amid general disenchantment with an American-led world order. This is perhaps to be expected, given the scale of hostility Washington has shown against Beijing in the past few years Especially after the Covid-19 pandemic and everything that followed.

Yet the survey also recognises what many have described as an increasingly confident and emboldened China. The pandemic itself was arguably a turning point. In that China overcame it successfully – while the West lingered in chaos. By avoiding economic decline and introducing the world’s fastest vaccination drive, with more than 500 million doses distributed. It’s no surprise, then, that Chinese people are increasingly confident in their own system and model.

Other factors credited for Beijing’s appeal included China “sets a good example for national development”. “Does not interfere in the politics of my country”. “Can provide my country with economic investment” and “values economic and political stability over individual freedoms”.

And the survey noted that “discontent with both American military adventurism and America’s response to the Covid-19 pandemic appears to be a boon to China’s soft power and public diplomacy.”

US has suffered a credibility problem

There is little doubt that the US has suffered a credibility problem. However, it would be misleading to say its appeal has been lost, and its inherent ‘soft power’ is still a strength. Even if the legacy of Trump has damaged global perceptions, many respondents said they preferred an “American-led world”. Because of the US’ economic benefits, its stance on democracy and human rights, and its emphasis on freedom, and, as with China, that it’s a good example of national development.

This was particularly dominant in regional countries where people look up to the US, such as Brazil and Mexico. But also in Nigeria and India. Yet what was most surprising is that skeptical views of America’s democracy stemmed from longstanding allies such as Germany and Japan – established democracies themselves.

The findings have significant implications for how we should understand the battle for supremacy between the US and China. Firstly, America has suffered some fallout, but it continues to appeal in many respects, despite its military exploits. Biden’s main task is to restore an image of American confidence, credibility and resilience in the aftermath of the pandemic and Trump.

China is seen as an alternative for many things the US does not offer. With respect to economics and sovereignty, which matter to many countries. Yet, as a general rule, Beijing is not yet seen as an all-round global leader.

This suggests that, while China has a role to play, an effort by Beijing to fundamentally overturn the values of the international system would not be popular, other than in certain nations, such as Russia and Egypt.

However, this hasn’t prevented Beijing becoming more confident in the belief that its model of governance is more effective than Washington’s. Perhaps the biggest lesson for it to learn is that America’s ‘soft power’ is worth replicating and ‘might does not make right’. Arguably, US movies, culture and imagery continue to wield more power in shaping its role around the world than do attempted regime changes, wars and other aggressive behaviours. If China is to push harder, it needs ‘soft power’ above all.

China begins the “transformation of capitalism”

Working with China is more beneficial than fighting it