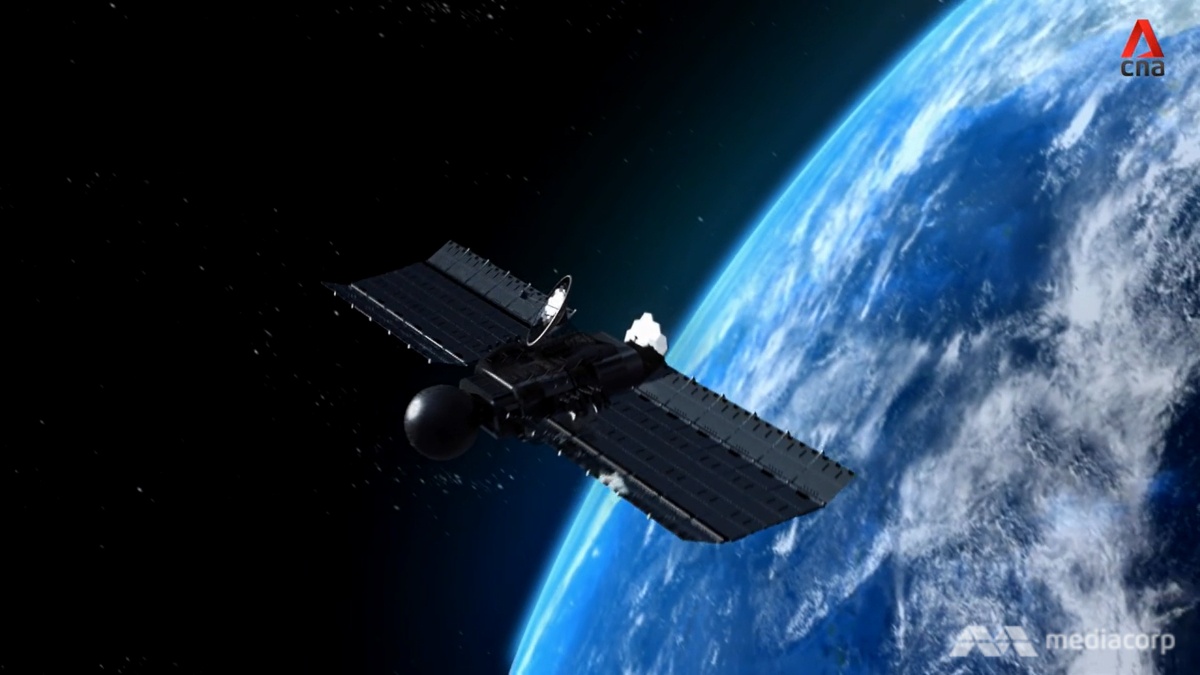 The efforts of the country’s budding space industry are giving the Republic a larger stake in the space race than many people may think. The programme Why It Matters looks at the opportunities and obstacles.

Over the past four years, Singapore-based start-up Transcelestial has made a device called Centauri. It is about the size of a shoe box. Its aim: To provide internet connectivity that is around 1,000 times faster, or more, than now.

It just needs to connect to a satellite using laser communications. No, make that a global satellite network the company wants to put into space.

Working from home at the speed of light, however, “isn’t even scratching the surface of the capability” of laser-linked satellites, says Transcelestial co-founder Rohit Jha.

He is looking into connecting “roughly three and a half billion people” — about half the world who have no internet connectivity or have “very basic 2G-level phone services”.

“All you have to do is position a satellite above (them), and drop a laser link. And you can power high-bandwidth internet to everyone,” he tells the programme Why It Matters.

Transcelestial is still doing research and development for its global space network, and eyeing a roll-out by the end of 2024.

The start-up is not alone in aiming high. There are more than 30 firms and over 1,000 people in Singapore’s budding space industry.

And the effort they are putting into space technology is giving the nation a larger stake in the space race than many people may think.

Since 2004, investors have put US$135 billion (S$183 billion) into the global space sector. Singapore, though a little red dot, accounts for 7 per cent of the global share.

By 2040, the global space industry could generate revenue of US$1.1 trillion, according to Morgan Stanley estimates. It is a race for big money, even as Singapore’s foray into space could help to solve world problems too.

For space superpowers and private companies with deep pockets, going into space also means attempting missions to the Moon and beyond.

But that is not the kind of breakthrough that Singapore Space and Technology Association president Jonathan Hung thinks the Republic needs.

Size is a consideration here — the Kennedy Space Centre, where such missions blast off in the United States, occupies a site that is 80 per cent of Singapore’s land area.

“We’ve got to pick and choose what we want to do. Right now, Singapore’s play is very much within the satellite domain. Now, satellites can do quite a lot. Specifically, we cover telecommunications. We also cover advanced navigation,” says Hung.

These are some of the “low-hanging fruit” he believes should not be underestimated. “There are good jobs. We can create … advanced manufacturing activities. All these things will help regenerate and spur the economy on.”

Without satellites providing location tracking, smartphone apps that people take for granted, like ride-hailing services and Google Maps, would stop working. There are now more than 2,500 satellites orbiting the earth, and experts say there will be more.

These go as far as 35,000 kilometres away. It is the orbital altitude of geosynchronous satellites transmitting television and other signals to the ground. There are also satellites orbiting at lower levels.

Transcelestial, for example, plans to put its satellites at around 1,000 km above ground. It is a reason its signals would be faster — taking “less than five milliseconds” instead of a delay of “almost a second”, says Jha.

Another benefit of its satellite technology, especially to a city like Singapore, could be the cheaper and thus faster roll-out of 5G.

EYE IN THE SKY

The satellite gave the Republic an eye in the sky to see what was going in the region, with geospatial analysts studying its pictures to provide insights for organisations willing to pay for them.

There are just two problems with TeLEOS-1. It cannot see through clouds, and is blind at night.

So engineers are putting together something with a more powerful vision. TeLEOS-2, which is now undergoing testing. It will carry radar that can capture images day or night, and no matter what the weather condition.

But it may be a couple of years before the satellite is launched.

A team of 70 engineers took five years to develop TeLEOS-1, considering the space environment a satellite must operate in “compared to our everyday electronics”, as systems engineer Tan Chek Wu puts it.

For example, it alternates between heat and cold “14 to 15 times a day” in orbit, cites Tan, who is with ST Engineering’s satellite systems. It also travels at “more than 7 km per second” — even airplane speeds do not come close.

And to ensure that a satellite can “survive the vibrations of the journey” on a rocket launched into space, his team must “put it on a big shaker” first.

While the TeLEOS-1 is a 400-kg satellite, former defence engineer Ng Zhen Ning thinks the start-up he co-founded in 2017, NuSpace, has a winning edge with satellites weighing less than 10 kg.

These nanosatellites can do almost anything conventional satellites can, like monitoring weather conditions or tracking internet data.

“It’s all thanks to miniaturisation of technology,” says Ng, citing the mobile phone as an example. “That has shrunk to the size of an iPhone. The same thing has happened for nanosatellites.”

There may be a vast expanse of space, but budgets are limited. “Building such satellites is roughly 50 times cheaper,” points out the 30-year-old, who expects the cost to go down further, together with the mass manufacturing of satellites.

“We’re working with contract manufacturers to figure out how we can streamline the entire assembly process. And hopefully by 2024, we should be able to have this assembly line here in Singapore.”

Small satellites have some downsides, however. Big satellites get priority on rockets because they take up most of the space. So if their production schedules are delayed, then everyone else must wait.

Rocket makers are now coming up with smaller spacecraft so small satellites can have a dedicated ride to space. In Singapore, 29-year-old Simon Gwozdz is looking into this, starting with a research rocket as a prototype for something more powerful.

His dream rocket would be 18 metres high, or six storeys. This would still be six times smaller than some of the largest rockets ever made, as high as 110 metres.

His grander plan, however, is to launch rockets from locations nearer to Singapore.

“Being close to the equator is very, very helpful in launching a rocket. It can go into any kind of orbit. (It) means you can get into any kind of market niche,” says the founder of Equatorial Space Systems.

Compared with the polar regions, an equatorial launch would also save fuel, as the surface at the equator moves faster, giving a rocket an extra push.

“We don’t have much land in Singapore … but there’s a lot of sea. And sea launching has also been done for a number of years,” notes Gwozdz.

“All you have to do is take a barge, retrofit it a little bit, install some extra equipment, and you can use it.”

The ideal location to him would be the Indian Ocean, “because we won’t be overflying anybody’s territory”. He is also looking at the South China Sea, “not very far from the coastline of Johor”.

“We’re currently exploring the possibility of conducting launch operations from that site,” he says, while noting that co-ordination with Malaysia and also Indonesia is “absolutely necessary” in any rocket launch.

Space is becoming a ground for doing business

He thinks it is worth investing in sending a rocket to space, because “in 20 years’ time, a country with no sovereign launch capability will be … like a country that doesn’t have its own airline”.

“Why should we invest in pretty (much) anything, in Changi Airport in the first place?” he adds. “Space is becoming a ground for doing business, on top of the exploration of more lofty ideas of course.”

This article was originally published by