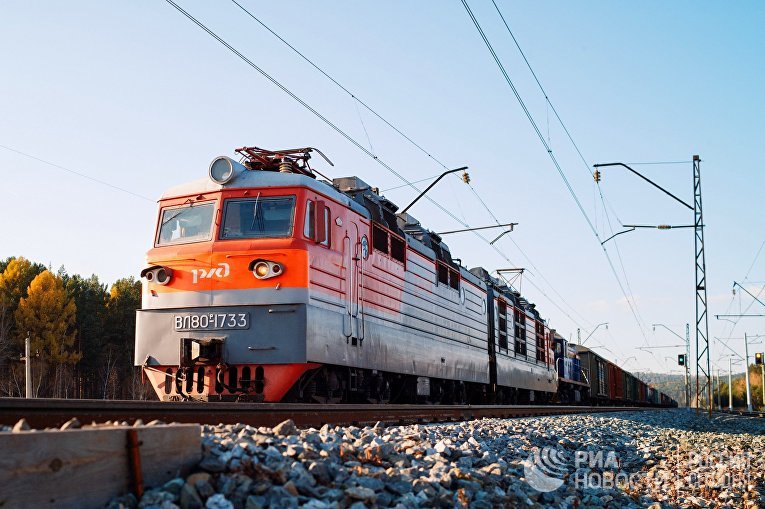 The American edition (EurasiaNet) offers its views on the key events and comments on the relationship between Russia and China in a monthly digest. What did Lavrov talk about in China? How Russia and China operate in Central Asia? What will be the new large investment project of the Chinese in the Far East? Why it was not possible to create a Russian-Chinese analogue of Amazon?

Foreign Minister Sergei Lavrov became the first high-ranking Russian official to visit China since the start of the pandemic. He extended the good-neighborliness agreement between the two countries for 5 years. Also, he said that Russia and China are promoting a unifying agenda on the world stage, directly opposing both states to the United States.

Relations with the United States were generally one of the main topics of negotiations on the first day of Lavrov’s visit, Kommersant reports. The parties even signed a joint statement in which they called on to abandon the politicization of the topic of human rights protection (for their infringement, the US authorities regularly criticize the Russian Federation and the PRC), recalled that “there is no single standard of a democratic model,” and the rights of sovereign states to independently determine their own way of development.

The meeting was discussed not only in the Chinese and Russian media. British The Times noted that Russia is seeking an alliance with China in the hope of bypassing US sanctions. But this alliance is unlikely to be complete: China will still look down on Russia, says the German Handelsblatt.

Together Against the Dollar

Lavrov also said that Russia and China will do everything to secure their financial and trade relations from threats from unfriendly countries. It was about the need to move away from the use of international payment systems controlled by the West. Including for the sake of this, Russia and China are switching to settlements in national currencies, the minister added.

As of the end of the first quarter of 2020, the share of the American currency in mutual settlements between Russia and China during the previous 5 years decreased from 90 to 46 percent. But they still fail to achieve monetary independence. First, the share lost by the dollar went mainly to the euro, not the yuan or the ruble. Secondly, as explained by the associate professor of the Department of Mathematical Methods in Economics, PRUE. G.V. Plekhanova Nikita Moiseev, the cross-rates of the national currencies of the PRC and the Russian Federation are still formed through the dollar. Therefore, the fall of the ruble against the dollar due to Western sanctions directly affects the cross-rate of the ruble against the Chinese yuan.

Influence in Central Asia will have to yield?

At the same time, not everything is so amicable in relations between the Russian Federation and the PRC. There are also serious contradictions. The interests of both countries collide in Central Asia. In this region Russia can no longer compete for influence with a stronger economy, said Alexander Gabuev, head of the Russia in Asia-Pacific program at the Carnegie Moscow Center.

According to him, this is especially true in the military sphere. If earlier there was an unspoken division of labor between the countries: Beijing is engaged in the economy, and Moscow is engaged in military issues. Now the Chinese “are developing more and more military instruments in the region”, and even without coordination with Russia they opened a border base in Tajikistan. Chinese leaders have repeatedly stated that this region adjacent to the country’s western borders is of “extremely great strategic value from a geopolitical point of view for the PRC.” The growing tension with the United States can only increase Beijing’s interest.

“China will not stop at economic dominance. It is interested in full-scale influence and transformation of the region into an exclusive sphere of its interests. Russia will be assigned the role of a junior partner,” says the expert at the Carnegie Center.

The rapid recovery of the Chinese economy after the blow of the pandemic, combined with the increase in the delivery time by sea and the rise in prices, made the transportation of goods to Europe by rail through Russia and Asia more attractive for the Celestial Empire. In the first two months of 2021, more than two thousand freight trains traveled this route. This is twice as much as in January-February a year earlier, the FT reported. Since 2016, the indicator has grown sevenfold.

Despite the growing popularity of rail transport, it still accounts for only a small fraction of China’s total exports. The port of Yangshan alone in January loaded about 2 million containers against 209 thousand sent by rail in the first two months of 2021.

The quality of Russian railways does not allow for fast and reliable transportation. Including on the Europe-Asia route. Oleg Deripaska noted that in his Telegram channel. “In Russia, the average speed of a freight train is now 16 km / h,” he laments. “We won’t get very far this way.”

He also noted that, unlike China, Russia does not have a clear plan for the development of the transport industry. “If you deal with Asian transit and achieve at least 50 km / h for cargo, carry out real digitalization of customs services and, as a result, get the delivery of goods in 9 days from Asia to Europe, you can earn billions. That will be a source for deep modernization of Russian Railways. But you have to think and invest, ”Deripaska summed up.

How German Gref did not agree with Jack Ma

Details of the failed partnership between the Chinese trading giant Alibaba and the Russian Sberbank have become known. The story began in 2016, when the retailer began to develop business localization projects and chose Russia as a pilot region. The management of the Chinese company decided that from the point of view of GR-risk it would be difficult for it to develop in Russia without a local partner. “Jack Ma said that he could not imagine that the Russian government would be comfortable with the fact that the largest online retailer is a foreign company, especially a Chinese one,” sources told Forbes.

As a result, Sberbank and Alibaba did not become partners in the e-commerce market. They understood the essence of partnership in different ways. Sberbank wanted to create a company on the basis of a joint venture that would trade outside of Russia. Alibaba had a different goal – to localize in Russia. She achieved it later. In 2019, the Chinese created the AliExpress Russia company together with Mail.ru Group, Megafon and RDIF. But Sber’s dream – to become a “Russian Amazon” – has not yet come true.

New investment project of the Chinese in Russia

China Jingan Iron and Steel Company intends to build the first large metallurgical coke plant in the Russian Far East in Yakutia. Chinese investors plan to produce up to 4 million tons of metallurgical coke a year from local coal. It is expected that 5 billion yuan (about $ 763 million) will be invested in the project. Other parameters of the deal were not disclosed. In addition to metallurgical coke, the enterprise will produce naphthalene, benzene, and ammonium sulfate.

This is how Russia – China relationship is seen from USA.