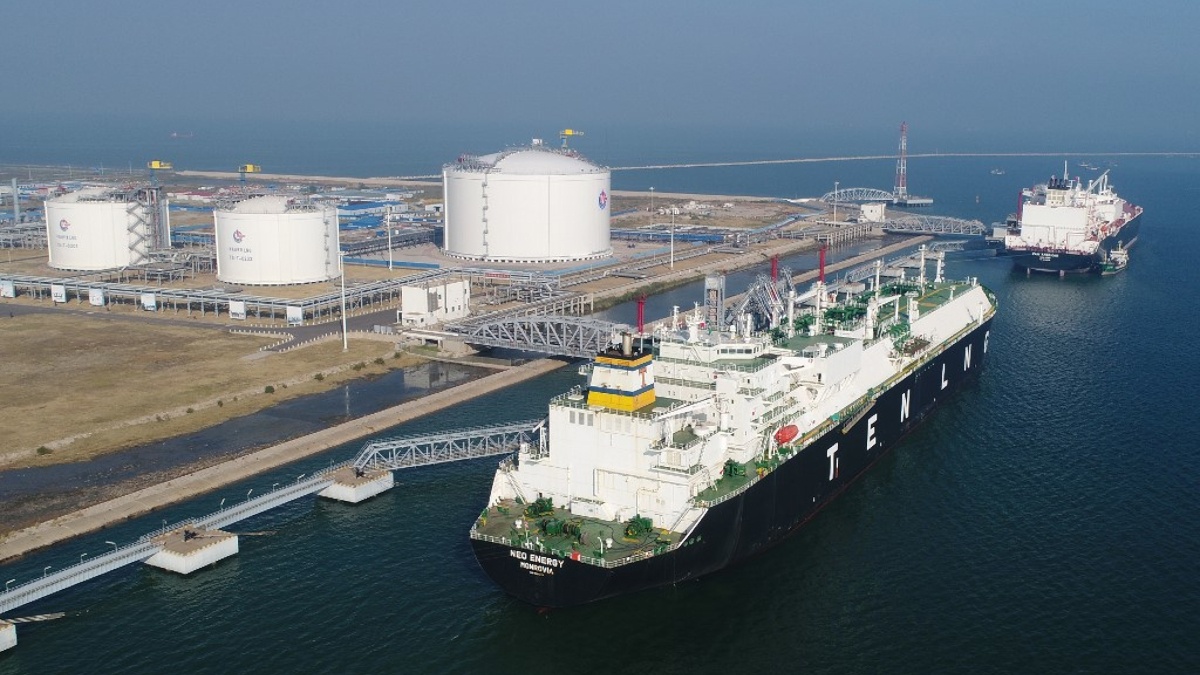 By Chris Gill and Jim Pollard

Australian exports of LNG look set to tighten amid tension between Beijing and the Morrison government over multiple issues. It is despite big investments by Chinese oil majors in recent years. Beijing looks to source more natural gas from Turkmenistan via a new pipeline

(AF) Turkmenistan may have a golden opportunity to supply Beijing with more natural gas via a new pipeline, following the slump in relations between China and Australia.

Senior Turkmen officials were in China recently and are said to have discussed further cooperation on natural gas.

But such a move in Central Asia could ruffle feathers with Russia, which is also piping gas to China. It is a bad news for Australian firms exporting liquefied natural gas (LNG) to the same destination. Australian LNG shipments are worth 64-billion-yuan a year (about US$10 billion).

Recently two Chinese LNG importers were told to immediately suspend LNG imports from Australia. Trade with Chinese oil majors that have invested billions in gas projects Down Under has not been affected so far. And given just these two smaller natural gas importers have received the notice, some US media outlets have suggested that this is only a ‘test’ by the Chinese government.

It is another shot across the bow at Canberra as ties with Beijing continue to deteriorate. The bilateral relationship is clearly in bad shape. The lowest point in decades for sure.

The Labor Party’s Shadow Foreign Affairs Minister Penny Wong said on Tuesday Prime Minister Scott Morrison was so focused winning a domestic political advantage he did not seem to “fully comprehend Australia’s interests in relation to China. The first job of national leaders is the safety of their citizens. Our leaders do not make us safe by beating the drums of war with China,” Wong said.

Part of the problem stems from the fact a Federal election will be staged late this year or in early 2022.

Chinese media kept the needle at Morrison’s belly. They are reporting that there will be a “smooth transition” when the country abandons Australian natural gas, while China and Turkmenistan cement ties with an US$8 billion pipeline and more plans afoot.

Turkmenistan is the second largest country in Central Asia and has a population of 5.6 million. A landlocked country that shares borders with Iran, Afghanistan, Uzbekistan, and Kazakhstan. It is playing a key role in China’s Belt and Road scheme.

Data from China’s Ministry of Commerce shows the country imported about 101 million tons of natural gas for an estimated 231.4 billion yuan (about US$36 billion) last year. Imports rose by 5.3% year-on-year, while the money spent decreased by 19%, mainly because natural gas prices fell during the Covid-19 pandemic. Of the LNG imported by China last year, the proportion of imports from Australia accounted for 46%. It is valued at about US$10 billion (about 64.3 billion yuan).

Work has been continuing on the D line – a fourth line linking to the Central Asian pipeline. The high-level meeting between China and Turkmenistan likely means that it will come online soon.

CNPC paid all the bills for the latest pipeline development. Together with its three domestic trunk pipelines (West-East Pipelines 1, 2 and 3).
“China had difficulty in getting full capacity of pipeline gas from Turkmenistan a couple years ago when the gas supply shortage became a serious problem in China. The core point was Turkmenistan was not happy about the low gas price for their exports. On the other side China was not happy about the burdensome gas price for their imports.

Paik said Turkmenistan is introducing a new gas market by accelerating the TAPI Line. It is with their own investment for 85% of the line’s construction.
“In my view, this is the mistake Turkmeni authority made with regard to construction of the D Line. A pipeline passing through Afghanistan without a proper security protection will be a huge liability. Consequently, Russia saw the opportunity to accelerate its own initiative by promoting a Mongolian route. From Gazprom’s view, Russia’s west Siberian gas supply to China via the Xinjiang route has to compete against Turkmen gas. But the Mongolian route will enter into China’s Bohai Bay gas market at a stroke.”

Reasons for worry in Australia

China’s three big national oil companies – PetroChina, CNOOC and Sinopec – have all invested in the LNG industry in Queensland in northeastern Australia. CNOOC is a partner in Shell’s Curtis LNG project. Sinopec buys the bulk of the LNG from Origin Energy’s Australia Pacific LNG.

PetroChina is a 50-per-cent partner with Shell in the $10 billion Arrow gas venture. It started its first phase about a year ago.

So, with big long-term deals a fair proportion of Australia’s LNG trade with China would appear to be relatively steady.

Natural gas, like iron ore, is one of Australia’s cornerstone industries. Australia’s annual LNG exports account for about 10% of total exports. So, if China, as the largest importer of Australia’s natural gas, only stops importing 30% or so, it could cause some hair pulling.

The writing seems on the wall that Australian LNG exports to China will see diminishing demand.

Kind nuclear neighbor: What is known about the new project of Putin and Xi Jinping