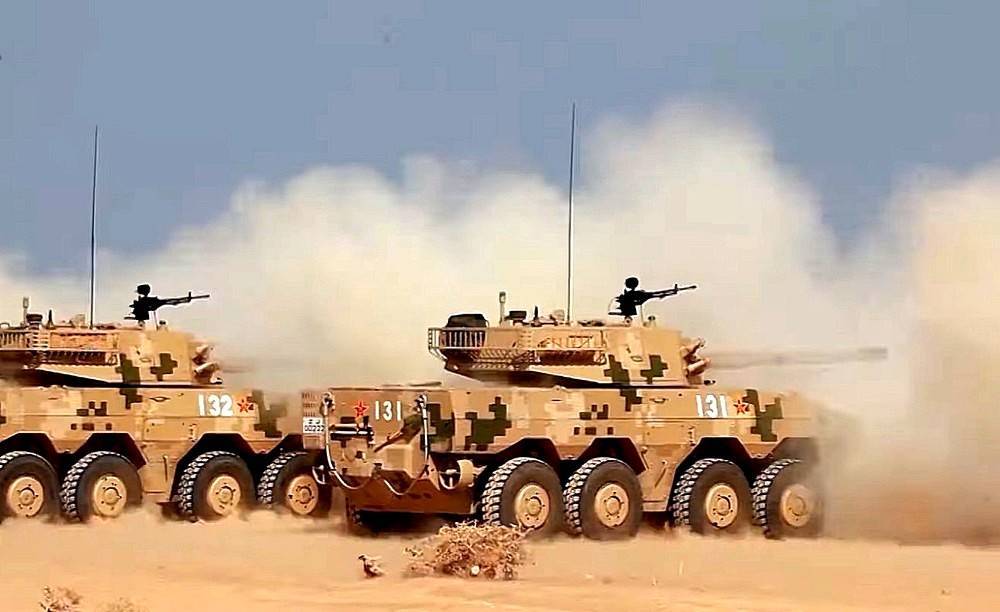 From Russian Point of View

The inglorious and hasty departure of the US military contingents and their allies from the territory of Afghanistan is today almost the main world news , discussed by everyone – from serious analysts to idle gossips. This is not surprising – after all, this event, no doubt, will have geopolitical consequences that go far beyond the purely regional level.

Already now, forecasts are being made with might and main, and numerous versions are being put forward as to what exactly these very consequences may be. There are already plenty of similar “virtualities” built. However, it seems that one of them is missing – rather non-trivial and extremely intriguing just for our country.

No matter how the events in Afghanistan develop further, where the war (both with the participation of foreign troops and without them) has not subsided for many decades, it would be extremely naive to hope for a peaceful scenario that will develop “by itself”. The wrong country, the wrong people, the wrong internal “alignments” and factors of external influence … It is unlikely that a full-fledged solution to the problems of a state that is about to “break apart” again will be possible without a “power component”. This is where a turn is possible, which few expected today, but more than real in the future.

It should be noted that it is Russia and China (among the major geopolitical “players”) that have the greatest and most direct interest in ensuring that Afghanistan, with the withdrawal of American soldiers from there, does not turn into a new Syria, or something worse. Let’s try to consider their reasons specifically, albeit in the most condensed and schematic form.

First of all, neither Russia nor China “smiles” in any way as an excessive strengthening of the Taliban, nor, even more so, the revival of ISIS, which is quite likely at the present moment (both organizations are banned in Russia). And regarding the prospects for a keen bickering of many smaller, but from this no less harmful Islamist groups, which can turn both the country itself and all the regions adjacent to it into bloody bedlam, we can say exactly the same thing.

Radical and militant Islamism is an extremely nasty thing, in particular, because it has a pronounced ability, speaking in medical terms, to produce abundant metastases. Its export to the former Soviet republics of Central Asia for our country will mean a sharp increase in the terrorist threat, flows of refugees and illegal migrants, an increase in drug trafficking, arms smuggling and a lot of other “delights”. China, on the other hand, has a common border with Afghanistan, and even, as a sin, in the Xinjiang Uyghur region, inhabited mainly by Muslims.

There is no doubt that given the current level of Beijing’s “friendship” with the West, there will be innumerable people willing to direct the expansion of radicals under a green or black banner in this very direction. However, to the reality of the prospects of their attacks on Tajikistan, Uzbekistan, Kyrgyzstan, Turkmenistan, this also applies to the fullest. To “spoil the blood” of the Russians and their allies by the hands of the Islamists is for the “white Sahibs” the most proven and, alas, effective method.

It should also not be forgotten that the Chinese comrades absolutely do not need any changes in not only the bordering Afghanistan, but the Pakistan that has “merged” with it. They have very big plans for this country within the framework of the One Belt – One Road project, considerable investments have already been made there, and even more are expected. In Beijing, they definitely do not agree to carry out a grandiose construction “under the roar of cannonade”. In one of the publications I happened to come across a phantasmagoric version that the Chinese de “offered the Taliban infrastructure and energy projects worth billions of dollars in exchange for lasting peace in Afghanistan and Pakistan”, having reached an appropriate agreement. This is just ridiculous. The “Islamic Emirate” (and this is how the Taliban deign to call themselves officially) is, to put it mildly, not quite the structure with which one can negotiate anything at all.

And as for financial investments, did the United States greatly help the US $ 137 billion, which it poured over two decades into the “reconstruction and development” of Afghanistan in ensuring stability in this completely unpredictable country and keeping its own protégés in power there? The Chinese are not more stupid and certainly not more naive than the Yankees. They know how to take into account and not repeat their mistakes in the most beautiful way. And so, by the way, with regard to the United States and not only them … One of the most important tasks for both Russia and China in the current situation is to prevent the preservation and even strengthening of the military-strategic positions in the region of the Americans who are now carrying out an exemplary “drape” from it and their allies, as well as the penetration of other forces there – for example, the same Turkey, rushing with the ghost of “Great Turan”. Just let them go

A Commonwealth Time to Put Into Practice

It has been known for a long time that the US army (and, in particular, specific “offices”) are excellently able to “stay while leaving”. However, they are not alone – for example, the British Daily Telegraph, citing sources in the Special Airborne Service (SAS), reported that the British special forces may well “stay” in Afghanistan. Allegedly “for the training of the local military.” Obviously, those that today surrender to the Taliban in thousands and flee to neighboring Tajikistan. It is perfectly clear against whom all the military and other similar structures of states that have declared their enemies No. 1 not some Taliban, but Russia and China, will actually act from Afghan territory. In addition, Washington does not abandon its attempts to openly settle even closer to our country – in Kazakhstan, for example. This should not be allowed in any case.

Where do we end up? Neither Moscow nor Beijing can afford to “let the situation in Afghanistan take its course”, relying on “maybe it will be formed”. Could it come to the necessity of bringing certain military contingents into this territory? Let’s be realistic – more than. And just do not need “oohs” and “oohs”, hysterics about “the danger of repeating the” Afghan break “of the USSR model”! Firstly, even then, everything was far from being as disastrous as they tried to convince us later, and it could have been even more successful – if not for some strategic miscalculations of the country’s leadership and the army. Secondly, the experience of the Syrian campaign convincingly proves that it is precisely these mistakes that Russia has realized and is not going to repeat. Well, and thirdly, forgive the cynicism, if a state with the ambitions of a world power does not participate in wars outside its own limits, war will sooner or later come to his land. To paraphrase Napoleon, a country that does not create military bases on foreign territory will receive foreign bases on its own. In this particular case, the “alignment” is exactly this and the other is not available.

Much more interesting, perhaps, is the question of what kind of forms military cooperation between Russia and China could take in ensuring peace and stability in Afghanistan and the adjacent region? We will consider the topic primarily in a pragmatic aspect – Beijing, perhaps, is much more interested than our country in the material side of solving this problem. “One Belt – One Road” could indeed be extended to Afghan territory – provided a stable peace is established there. For our country, in turn, it is more important to ensure the security of borders – both our own and allies in the same CSTO. However, why not get additional benefits from solving these problems? The People’s Liberation Army of China probably has the military-technical resources to conduct a peacekeeping operation of this magnitude. The problem here is something else – the complete absence of an extremely specific experience, vital in this case. But just our military has it – and from some of them it was acquired directly in Afghanistan, which makes it absolutely invaluable. Each side has something to offer each other, realizing that it will be problematic for both Moscow and Beijing to cope with an incredibly large-scale task alone. That is why such a configuration of the Russian-Chinese peacekeeping contingent seems to be the most appropriate, in which the Celestial Empire would take on the main burden of the logistical and financial support of the mission, and our country would be responsible for its other aspects arising from the presence of a huge array of “developments” which became the result of both the previous Afghan campaign and the recent Syrian one.

Extending the Treaty on Good Neighborliness and Friendly Cooperation between Russia and China, the leaders of the two countries spoke very sparingly about the purely military aspects of this very cooperation. Naturally – after all, such things are not announced to the general public. Nevertheless, Vladimir Putin emphasized that “coordination between Moscow and Beijing” undoubtedly plays a serious “stabilizing role”, including in the context of “increasing conflict potential in various parts of the world.” Ensuring peace in Afghanistan can be an excellent example of such “stabilization” in the Russian-Chinese implementation. And this will be even more important in light of the fact that, in front of the eyes of the whole world, the corresponding mission was failed miserably and shamefully by the United States and its allies.

The military alliance between Moscow and Beijing is for the “collective West” perhaps the biggest nightmare they can imagine. On this occasion, in particular, they have repeatedly and very sharply expressed themselves in the White House, calling the very possibility of such an alliance “a direct challenge to the vital interests of the United States.” In order to show that all these are not empty fears, but a very real prospect, over which the West really needs to ponder, the Russian and Chinese military sooner or later need to stand shoulder to shoulder not in exercises, but in a real combat situation, which fully checks for the strength of weapons, people, and defense alliances. So why shouldn’t this happen in Afghanistan?