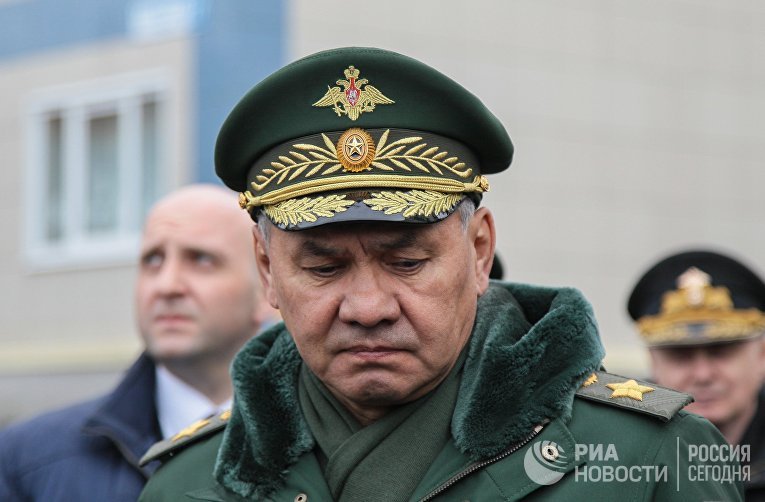 Sergei Shoigu was extremely popular even before Putin appeared on the arena, and in his native Tuva, some consider him the reincarnation of a mythical military leader

For the first time, Vladimir Putin was elected Russian president quite a long time ago – in 2000. The world was different then. Russia, of course, was no exception. This was even before the terrorist attacks on the United States, which marked the beginning of the American invasion of Afghanistan and Iraq and greatly influenced not only geopolitics, but also further relations between Moscow and Washington. In those early days and years of Putin’s mandate, relations between Russia and the United States, especially when compared with the present, could even be called idyllic.

Of course, they weren’t perfect. But then US viewed Russia as a country that no longer poses a threat, as it did during the Cold War. Moreover, the United States saw Russia as a new economic partner and a new sales market. For ordinary Russian citizens, this meant the end of the so-called shock doctrine. Or apparent transition from socialism to capitalism. By the very nature of the new system, a small part of people became fabulously rich and influential (oligarchs). However, most of the people slipped down into poverty.

The first Russian president after the collapse of the USSR, Boris Yeltsin, did a lot for such a Russian future. The West was pleased, although it understood that Boris was not a “stable” leader. When his two mandates ended, it was time to look for an heir. He found him in his close associate, Vladimir Putin, who was then (in 1999) 47 years old.

West was happy with Putin winning against Communist candidate Zyuganov

As the Kremlin’s “elect”, Putin easily won the election in the first round, receiving 53.4% ​​of the vote. At the time, no one in the West asked whether these elections were “democratic and fair”. In the West, they were happy that Putin had won, and not his rival Gennady Zyuganov of the Communist Party, who came in second with 29.5% of the vote.

The tense relations between Russia and the United States as we know them today developed later. It all started when Putin “came up with an idea” to revive Russia and make sure that his country, even if it is capitalist now, does not serve exclusively as a place of Western interests. Tensions increased even more when Russia openly supported Syria a decade ago (the West listed it for “regime change”). Since 2015, Russia has been providing it with direct military support. Of course, the escalation reached its peak due to the Ukrainian crisis and the Russian withdrawal of Crimea in 2014.

Since then, we have seen only further divergence. Return to quasi-idyllic times can hardly be expected. The maximum that can be expected in a positive sense is the establishment of certain pragmatic relations, which will become possible, probably, when the international position of the United States is further weakened (today, after the withdrawal of the Americans from Afghanistan, we are apparently witnessing this) …

After many years, Putin remained the president of the Russian Federation. In principle, he remained in power since 2000, although from 2008 to 2012 he served as prime minister. Dmitry Medvedev was president for four years. But it is clear that Medvedev was only “holding the seat” for Putin and his return to the presidency.

Will Putin stay in power till he is 83?

Today, Putin has further consolidated his power by changing the constitution. It theoretically allows him to remain in power until 2036. Now Vladimir Putin is 68 years old, that is, in 2036 he will be 83. Is he really planning to rule for so long?

There are those who believe that it is likely that Putin will choose an heir instead of reigning himself until 2036. He himself never publicly announced the names of possible successors. For many years, a variety of assumptions have been made about who this could be. Over time, the names change, but for quite some time now one sounds more often than others. We are talking about a close associate of Putin, Defense Minister Sergei Shoigu.

Shoigu may well become a successor. Because, among other things, he is the second most popular politician in the Russian domestic political arena after Putin

In addition, Shoigu is a very unusual person in the Russian political elite. Despite his name, which sounds in Russian, he has an interesting background. He comes from the Russian Republic of Tuva. Republic is located on the border with Mongolia. Of course, this is an exotic part of Russia. Shoigu is one of the few representatives of Russian ethnic minorities with such a high position. Before becoming Minister of Defense, he headed the Moscow Region.

The name of Sergei Shoigu is undoubtedly heard today both in Russia and in the world. At a time when Russia is increasingly asserting itself in the international arena, the Minister of Defense is being spoken of more and more often. Therefore, the name of Sergei Shoigu is often heard in connection with the war in Syria, where Russia played a key role, as well as in connection with recent peace missions (Nagorno-Karabakh and the Central African Republic).

In his native Tuva, Shoigu, of course, is considered a hero. It is interesting that some there consider him to be almost the reincarnation of Subedei, the famous Mongol military leader who devastated the territory of modern Russia and Ukraine eight centuries ago …

Shoigu began his career in the early 90s as head of the Ministry of Emergency Situations. For this reason alone, we can say that Shoigu is one of the “long-livers” in the Russian ruling circles. He was 36 years old when he became minister in 1991 (Shoigu was born on May 21, 1955). Immediately after taking office, he showed himself to be a very capable manager. He ran the ministry effectively and created an almost military structure and order there. Therefore, Shoigu enjoyed exceptional popularity in the early 90s, long before Putin became president.

Sergei Shoigu was born in the small town of Tyva Chadan. Population about nine thousand people. His father is an ethnic Tuvan Kuzhuget Shoigu. His mother is Russian, a native of Ukraine, Alexandra Yakovlevna. After leaving school in Tuva, he graduated from the Polytechnic Institute in Krasnoyarsk and became an engineer. For the next ten years, he worked on construction sites in different parts of the country. In the late 1980s, he entered politics and took a low position in a branch of the then ruling Communist Party.

In 1990 he came to Moscow and became Deputy Chairman of the State Committee of the RSFSR for Architecture and Construction. His appointment to the post of Minister of Emergency Situations brought him immense popularity, but his work and efficiency are behind this rise. Whatever happened: floods, earthquakes or terrorist attacks – Shoigu in any situation went to the place and did everything necessary.

He is certainly popular

Since the late 90s, he has been one of the leaders of the modern ruling United Russia party (at the time of its foundation it was called Unity). In 2000, Shoigu was not a deputy prime minister for long, but he started his main business a little less than ten years ago, when in 2012 he became (and remains to this day) defense minister (until then, he headed the Ministry of Emergency Situations).

Today, this man, of course, raises the popularity of the ruling party, which has been losing its supporters for some time now.

Undoubtedly, Putin has a favorite heir, which is practically necessary given that it would otherwise be chaotic if he dies suddenly. The name of the heir is kept in the strictest confidence and will definitely not be revealed while Putin is alive or until he declares that he is retiring.

Sergei Shoigu often appears with Putin during his break from politics. These two love to spend time in nature, hunting or relaxing in field conditions … Putin is in the foreground, but most often Defense Minister Shoigu stands behind him. Many people understand that these photos, which appear on the official pages of the Russian president, are not there by chance. Of course, the thought suggests itself that it is Sergei Shoigu who may become the one who is being talked about more and more, trying to look into the Russian future.