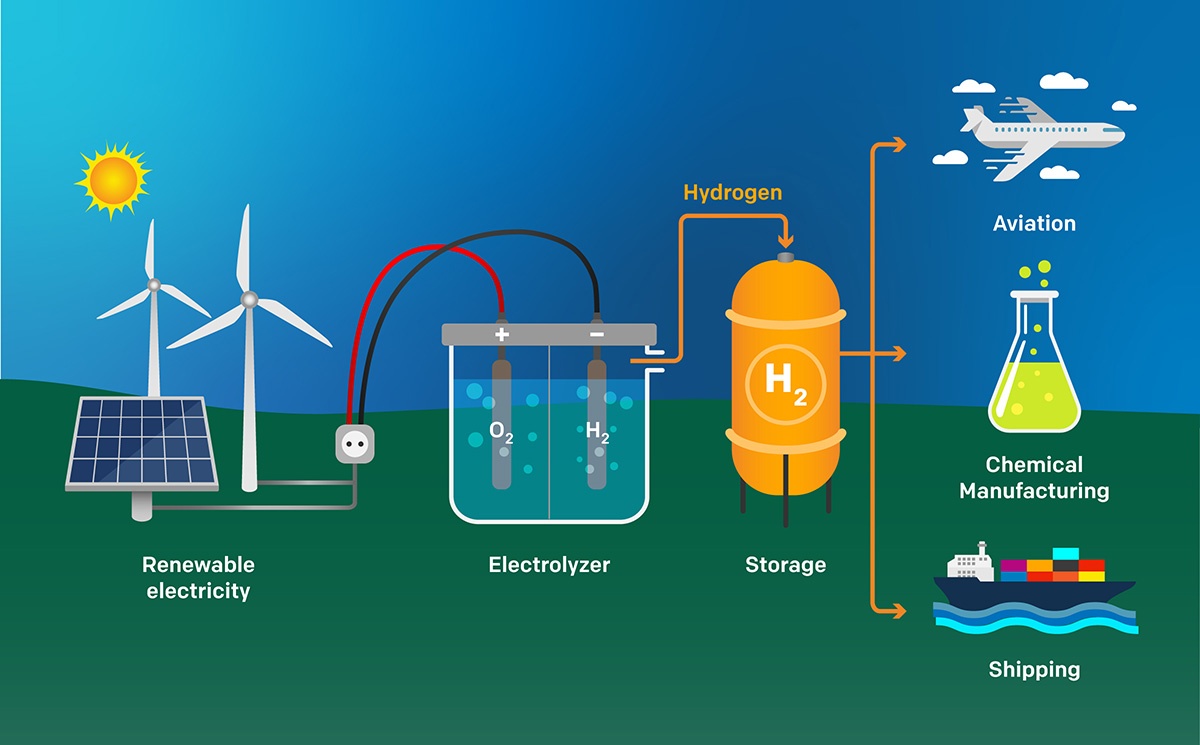 Hydrogen has become an energy project of the future for the European Union. The question is who will produce this resource? In all of Eurasia, only one state has at the moment a solid project for the development of a hydrogen industry. It is Russia.

The gas itself does not pose risks to the environment and to humans and is very widespread in the universe. Unfortunately, humanity does not yet have the possibilities for ”space mining”. So we have to find local sources. On Earth, hydrogen in gaseous form is not found in sufficient quantities. However, it can be extracted from other substances such as water through the process of electrolysis. At the industrial level, it seems that the majority will opt for syngas (synthetic gas) which is a mixture of hydrogen with carbon monoxide that is produced by steam heating natural gas. Subsequently hydrogen is separated. The downside is that CO is a polluting gas.

Germany, Japan, Russia and China are the main countries working on a hydrogen strategy and infrastructure. Of all this Russia has been talking for several years, more intensely since last year, about its role as a producer and exporter of hydrogen. The natural gas reserves it holds will help the Russian Federation to retain its place as an energy exporter for much of Eurasia.

Until a large-scale adoption of hydrogen there is a need to implement pilot projects. In this regard Germany, China and Russia are talking, designing and already testing in different measures, means of transportation that work with hydrogen. Yesterday, November 1st 2021 China announced the launch of local production of a hybrid locomotive. These will be used in the Autonomous Region of Inner Mongolia. On a line that transports coal. Several countries in Europe have already presented hydrogen passenger trains. We have examples such as the one made by Alstom, hydrogen buses (in London), planes and ships. In Russia they have the Aurus Hydrogen car and the hydrogen train produced by Transmashholding (TMN).

Russia has little reason to adopt hydrogen on a large scale. For many decades their oil and natural gas reserves will remain more economically efficient. The Federation is expected to be the main element of energy stability for a ”green” European Union.

WHAT IS CHINA’S CHOICE?

China’s energy sector, however, is more complex. It will in future rely on renewable energies (wind, solar and hydro-power), ”classic” nuclear energy and thorium-based nuclear energy that it is experimenting with in Wuwei.

China is the world leader in the production and marketing of electric cars. For this reason it is actively working on the development of a new sodium-ion battery. The company CATL announced the entry into industrial production and the development of a production chain for such batteries by 2023. The chances of personal hydrogen cars being widely adopted in China are minimal in the coming years. The country has opted for another energy infrastructure in this regard.

In general, even in the European Union, they do not see a reliable hydrogen pump infrastructure in which ordinary users can power their personal cars. At the moment there are reasons for concern about the transport and storage of this highly flammable gas, more dangerous as diesel or gasoline.

It seems that some very powerful investors in Australia are also picking hydrogen as the fuel of the future. Needless to say that Australia is one of the leading exporters of LNG.

A hydrogen economy is closer than you think

India on the side of Armenia against Turkey, Azerbaijan and Pakistan