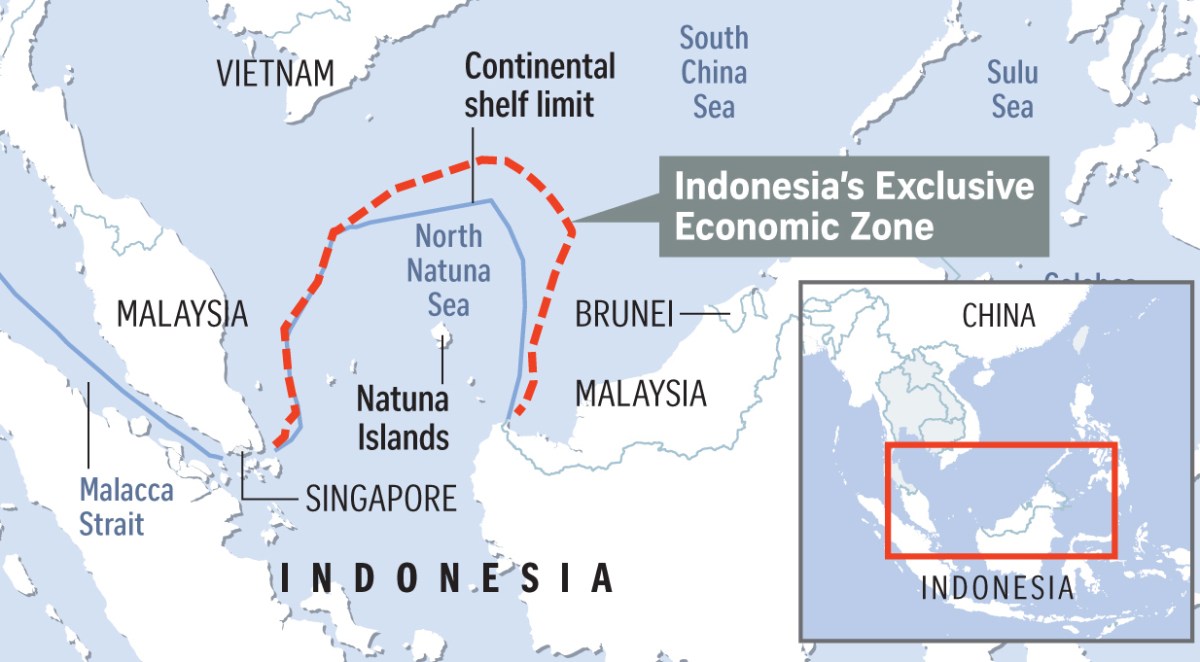 Fast forward a year and almost the opposite has happened. Officials struggling to explain why a Chinese survey vessel was allowed to spend seven weeks conducting intensive seabed mapping inside Indonesia’s economic exclusion zone (EEZ) south of the Harbour Energy concession.

The 6,900-tonne Haiyang Dizhi 10 and its Chinese Coast Guard (CCG) escort pulled out of the area on October 22. Only four days before the start of the three-day virtual Association of Southeast Nations (ASEAN) summit.

It has done that before, sailing to the Fiery Cross Reef in the disputed Spratly Islands for replenishment in late September before returning on October 4 to continue its unlawful research.

This time, ship-tracking data shows it heading back to its homeport of Guangzhou. Chinese Coast Guard cutter 6305 remains in the vicinity of the drilling rig. Appraisal operations will continue for at least another month.

Analysts say the survey ship’s extended stay has served as a tacit recognition of China’s vaguely-defined nine-dash line. That intrudes into Indonesia’s EEZ near its confluence with Vietnam’s maritime border.

No protest by Indonesian government so far

The Indonesian government has yet to protest the incursion. Chinese ships were being watched most of the time by up to nine Indonesian Navy and Maritime Security Agency (BAKIMLA) patrol craft. However, with apparent orders not to intervene.

“I think Indonesia is hedging its bets and not doing anything that will lead to increased tensions,” Australian Strategic Policy Institute (ASPI) analyst Malcolm Davis told Asia Times. “If the presumption is that China will be satisfied with that, then Indonesia is in for a big shock. Give the Chinese an inch and they will take a mile.” It is worth saying that ASPI by default pushes anti China opinion.

Bill Hayton, an associate fellow at London’s Chatham House and author of a book on rising tensions in the South China Sea, agrees. “If the Indonesian government has not already sent a protest, then it needs to do so urgently or it will risk creating a precedent and losing its rights,” he was quoted as saying this week.

Diplomats have been unable to determine why the Indonesians have kept quiet. As one put it: “We  share your perceptions and concerns, but some think it may not be the time to anger our ‘northern friends’ given the recent moves in the South China Sea.”

Although the Indonesian Armed Forces (TNI) have always enjoyed a much closer relationship with the United States, China did join the unsuccessful effort to salvage the Indonesian submarine KRI Nanggala-402, which sank with all 53 hands aboard north of Bali last April.

More importantly, Chinese companies are playing a leading role in Indonesia’s entry into the global supply chain, with its flourishing nickel industry acting as the foundation of a highly-promising lithium battery and electric vehicle industry.

He said the Indonesian government respected freedom of navigation in the North Natuna Sea, adding: “We have discussions with our contact partners in China. We agree to disagree in some areas,. I think we’re able to manage so far.”

“We don’t feel we have issues with China. It’s like brothers and sisters. Sometimes you have problems, but don’t make it into a big problem. I don’t see it as a big deal as long as they don’t claim officially that it belongs to us (China). That’s different.”

Davis and other maritime experts point out that freedom of navigation is not the issue. They note that apart from an incident in 2016, in which a Chinese Coast Guard vessel seized back a captured trawler in Indonesia’s territorial waters, Jakarta has appeared to back off when confronted with more robust pressure.

“This is quite serious,” says Davis, a former Defense Department strategist. “The Indonesians may not want to rock the boat, but at some point, Jakarta is going to have to decide what to do with China. The Chinese are using soft power very successfully.”

In addition to its economic value, the Tuna block has a strategic geopolitical role because it is located close to the border with Vietnam.

The secret spy dinner behind coordinated assault on Huawei