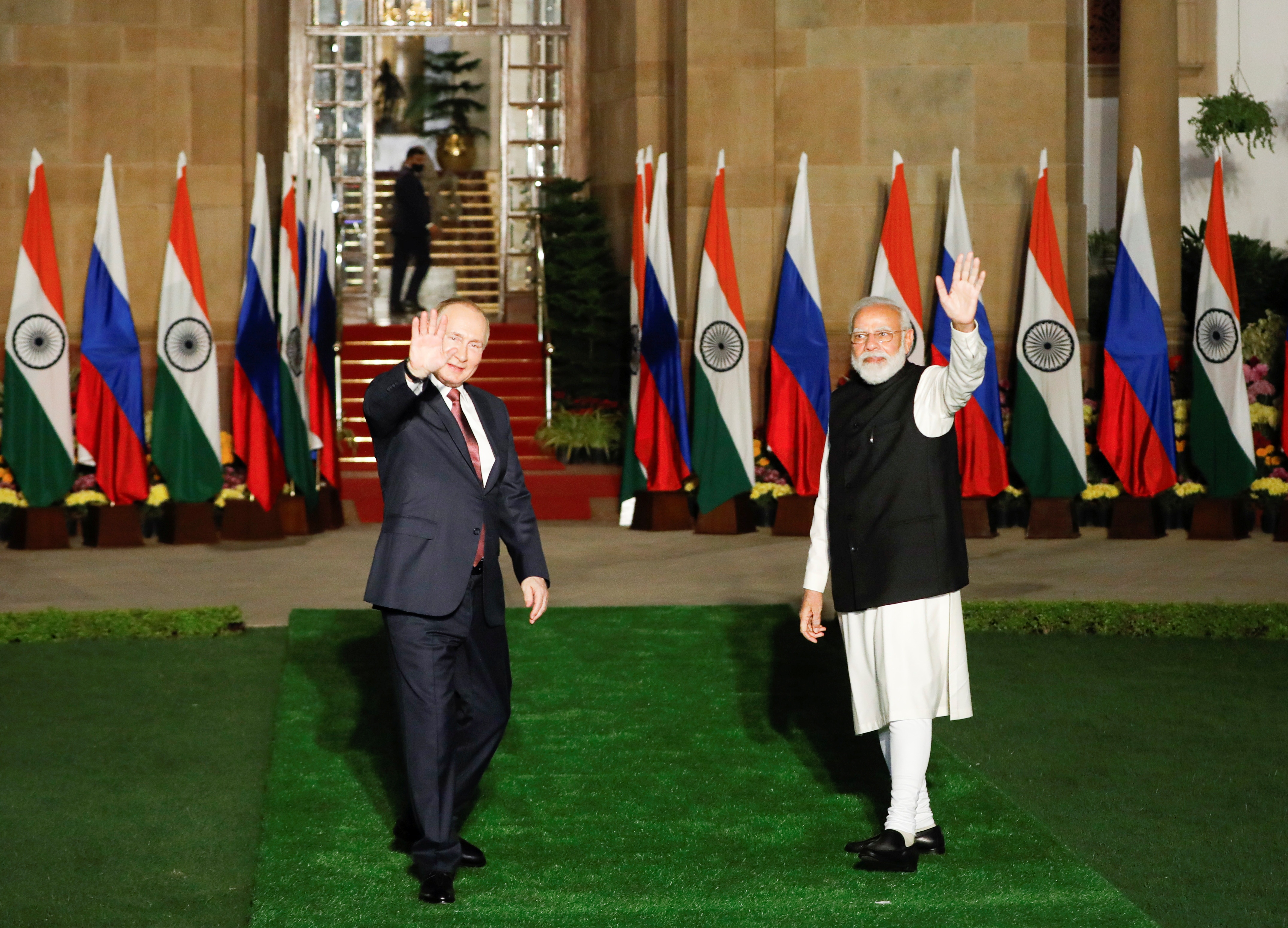 “I am glad that a number of agreements, contracts and protocols have been signed regarding small arms and military cooperation,” the Indian minister wrote.

However, he added that India “appreciates the strong support of Russia.” “We hope that our cooperation will bring peace, prosperity and stability to the entire region,” Singh said.

On December 6, the Russian Ministry of Defense announced the beginning in New Delhi of a meeting of the Russian-Indian intergovernmental commission on military and military-technical cooperation with the participation of Russian Defense Minister Sergei Shoigu. During the meeting, he noted that India is one of the key partners of Russia in the defense sphere, and relations between the countries are of a “particularly privileged strategic nature.”

“The unprecedented level of trust between our countries is evidenced by the intensity and depth of military-technical cooperation, which is reaching a new qualitative level every year,” the Russian Defense Minister said.

On December 6, the Ministry of Defense announced the signing of an agreement between the governments of the two countries on a program of military-technical cooperation until 2030. The document implies cooperation of the branches and arms of the armed forces, and includes the supply and development of weapons and military equipment.

On November 14, the director of the Federal Service for Military-Technical Cooperation (FSMTC) of Russia, Dmitry Shugaev, announced the start of supplies to India of equipment for S-400 anti-aircraft missile systems. The contract for the supply of the complexes was signed in 2016. India became the third foreign buyer of these complexes after China and Turkey.

Why India and Russia need an alliance?

Before gaining independence, India was a colony of Great Britain. After World War II, when the Cold War broke out between the USSR and the United States, India chose neutrality. Along with Egypt and Cuba, she joined the Non-Aligned Movement.

At the same time, the Indians had rather close relations with the USSR. Soviet Union provided significant military assistance to India under Khrushchev during the Indo-Chinese conflict. And despite the fact that China was a communist country and Moscow’s ally in the Cold War. In the same 1960s, Moscow supported New Delhi in a dispute with Pakistan over Kashmir. Moreover, it was with the participation of Chairman of the Council of Ministers Kosygin that the Second Indo-Pakistani War was stopped. The declaration on January 10, 1966 on the cessation of fighting was signed in Tashkent.

India is trying to pursue the same course of non-alignment today.

However, just as then, geopolitical realities – lingering rivalries with China and Pakistan – are forcing Indians to seek strong allies. In this sense, India has little choice: the United States, the European Union and Russia. Europe could be a mainstay, but traditionally tries not to get involved in the battle of the titans. Even in the US-Russian confrontation, the Europeans are calling for a reduction in the intensity of passions, and by the way, they recently challenged the conclusions of the US intelligence about the alleged Russian invasion. The EU has close economic ties with China. Plus the EU is a very heterogeneous structure. France is now offended by the Anglo-Saxons because of the anti-Chinese AUKUS. Germany is very modest in foreign policy.

As for the United States itself, this would be a very convenient option for India. The United States is now actively opposing China. Both economically and through military alliances. India participates in the QUAD alliance and is conducting naval exercises in the Indian Ocean with the United States, Japan and Australia. The last of them, in October, became the largest in 40 years. Only the whole snag of the alliance with Washington for New Delhi is that the Americans demand complete submission . The United States literally prohibits India from buying S-400 air defense systems from Russia. It is threatening it with sanctions, as was the case with Turkey.

Russia is for India, if not the only, then at least a unique partner. Unlike the United States, it will not oppose China. But at the same time the Russian Federation is selling weapons to India. That helps maintain the balance of power in Asia. It is thanks to Russian efforts that India and China are now full members of the Shanghai Cooperation Organization. Can you imagine joint military exercises between Indians and Chinese under the auspices of the Pentagon? Of course not. But almost such exercises took place this year! In September, 200 Indian military personnel, as well as Chinese and Pakistani observers, took part in the Russian-Belarusian maneuvers “West-2021”.

Russia is trying to bring China and India closer together economically. Within the BRICS format, there is a joint pool of reserve currencies, which helps to strengthen the financial sovereignty of the five countries. Russia is strengthening India’s defenses and working to reduce its conflict with China. Separately, it is also worth mentioning the North-South project, leading from Russia to India and vice versa. That will enhance trade opportunities and macro-regional significance of both countries.

For Russia lations with India must be strengthened. This enhances its role in Asia. It strengthens its cards in front of the United States. And, in a good sense of the word, allows it to balance the growing China. After all, an alliance with India is good money. For 30 years, the supply of aircraft, tanks and Kalashnikovs alone increased the Russian budget by $ 60 billion.