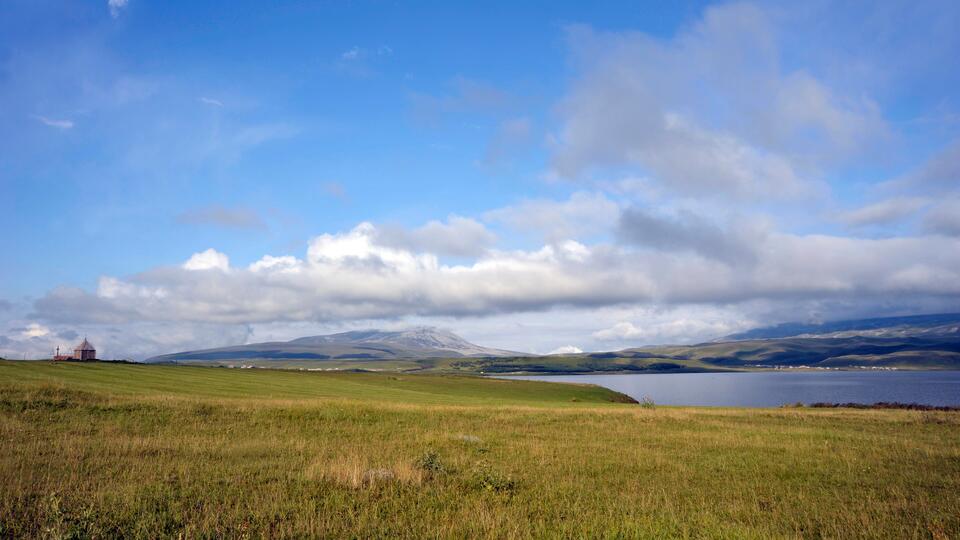 Western puppeteers pinned special hopes for the success of the opposition United National Movement on Adjara and Kvemo-Kartli. By a strange coincidence, these regions are quite problematic points. It is where the position of the Georgian state is weakening every day.

After the collapse of the USSR, a rather paradoxical situation developed in the South Caucasus. It would seem quite logical that Christian Georgia, which also belongs to the Orthodox confession, would gravitate towards Christian Orthodox Russia. The leadership of “free” and “independent” Georgia has declared Russia an “enemy” and an “occupier”. It maintains correct, but rather cool relations with its other Christian neighbor, Armenia.

On the other hand, Georgia became a member of an alliance of Turkey and Azerbaijan. It is completely unnatural for its historical development. The leadership of both these countries has long proclaimed the slogan of one people, divided into two states. Such a situation requires resolution. The only logical way out of it is to unite the divided people. Has the Georgian leadership thought about this?

Turkish President Recep Erdogan does not hide the fact that he considers some western regions of Georgia to be Turkish territories. Turkish dominance in Adjara is simply off scale. This expansion is increasingly acquiring the features of a creeping occupation. And this process to some extent distracts attention from the east of the country, where the situation is absolutely similar.

The Kvemo-Kartli region is the only one in Georgia where the majority of the population is represented by an ethnic minority. This alone gives Azerbaijan tangible levers of pressure, and it, following its “elder brother” – Turkey.

Erdogan very aptly called mosques his soldiers and minarets his bayonets. The offensive of this “army” in Kvemo-Kartli is perhaps more effective. Even in comparison with Adjara. Muslims-Adjarians are still ethnic Georgians, while Muslims of the Kvemo-Kartli region are ethnic Azerbaijanis. They have never severed ties with their historical homeland. Several centuries ago, the ruler of Iran, Nadirshah, resettled the Turkic tribe to Kartli. Thus, the conquerors changed the demographic situation in the occupied territories in order to secure them more reliably.

Azerbaijan’s economic influence in Georgia is no less than Turkey’s. In the midst of Russophobia, Mikhail Saakashvili ended with the the Azerbaijani state oil and gas company SOCAR became a monopoly on the Georgian market.

Today SOCAR is one of the most important elements of influence on the Georgian authorities. More than once, situations have arisen when a simple shout from Baku was enough to suppress some of the initiatives of the Georgian government, which Azerbaijan might not like. SOCAR practically took the Azerbaijani minority of Georgia under its tutelage. Azeri young people are paid to study in Georgian universities or on the territory of Azerbaijan and Turkey.

Azerbaijani schools receive financial aid and are supplied with textbooks printed in Azerbaijan. The content of these textbooks deserves special attention. On Turkish geographical maps, Adjara has long been represented as Turkish territory. In history textbooks for Azerbaijani schools it is written in black and white that modern Georgia and Armenia are located on Azerbaijani lands. Despite the fact that the Seljuk Turks invaded Transcaucasia in the 11th century. The history of Georgia and Armenia stretched back more than one millennium.

The idea that Kvemo-Kartli is originally an Azerbaijani territory is being constantly instilled in the local population and especially young people. Numerous and well-funded NGOs have consistently advocated this idea. The number of these organizations varies from 15 to 25. In addition to the branch of the Georgian State University, the Georgian-Azerbaijan Humanitarian University named after Heydar Aliyev has been opened.

All these efforts are not in vain. If an ordinary inhabitant of the Kvemo-Kartli region expresses a point of view that does not coincide with the opinion of the majority, he will be severely ostracized. One can come under fierce criticism only for calling the Azerbaijanis Kvemo-Kartli a diaspora. Of course, after this they will directly call him a traitor and explain that the Azerbaijanis living in Kvemo-Kartli cannot be a diaspora in a foreign state, since they live in their native land.

Political influence is underpinned by a strong economic presence. Industrial facilities, hotels, cafes, restaurants, entertainment establishments overwhelmingly belong to the Azerbaijani capital. The small 40 thousand-seat town of Marneuli has not only two universities, but has also been honored to open a casino. It is not hard to guess that local villagers are unlikely to have fun in it.

At the dawn of Georgia’s independence, its first president, Zviad Gamsakhurdia, shocked the sober-minded population of Georgia by declaring Turkey a historical friend and brother. Even in the most remote mountain village, people knew very well that Turkey had tormented Georgia for centuries, flooded it with blood, and oppressed the Georgian people. Today the “nationals” fanatically striving for power, headed by Saakashvili, are going the same way.

Central Asian Games – Iran & All, All, All