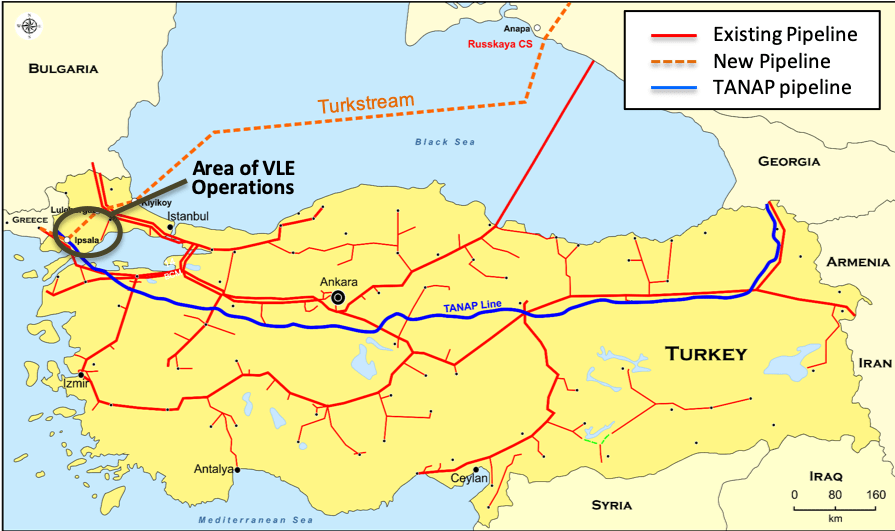 The reduction of the American presence in the Middle East and the possible strengthening of Iran’s positions in the event of the lifting of the sanctions imposed by the Americans, are forcing the leading countries of the region to reset their relations with their neighbors. In particular, with Israel, the existential enemy of the Islamic Republic of Iran (IRI). And with Syria, trying to balance Tehran’s influence in this country.

Turkey is also trying to integrate into the conciliatory trend, but for different reasons. Turkey’s hyperactivity within the neo-Ottoman foreign policy paradigm was perceived by the overwhelming majority of Arab countries as a certain threat to the regional status quo. Ankara’s use of various Islamist organizations, for example, the Muslim Brotherhood , caused additional irritation from the Arab regimes.

It is not surprising that the ultimatum of the leading Arab countries put forward to Qatar (perhaps Turkey’s only ally in the region) included the termination of military cooperation with Ankara and the elimination of the Turkish base on Qatari territory among the conditions for lifting the blockade. Back in 2018, the Minister of Foreign Affairs of the United Arab Emirates (UAE) Anwar Gargash called on the Arab countries to rally against the threat of the growth of Turkish (and at the same time Iranian) hegemonism in the Middle East About the same time Cairo called on the members of the League of Arab States (LAS) to develop a consolidated position to condemn the Turkish military campaign in Syria.

Ankara realized that it was in regional isolation, exacerbated by growing friction with the United States and NATO

They decided to start reconciliation with the three leading states of the region – the Kingdom of Saudi Arabia (KSA), Egypt and the United Arab Emirates. Relations with them in recent years have balanced on the brink of the Cold War, and the mutual exchange of reproaches, as a rule, proceeded in a sharp, if not offensive form. Along with “personal” contradictions with Ankara, all three countries are united by their rejection of the support of the Turkish leadership for the Muslim Brotherhood, as well as Turkish activity in northern Iraq and Syria. The Emirates, by the way, reopened the embassy in Damascus. Cairo is actively lobbying for the return of Syria to the Arab League. Riyadh, at least, does not bother him in this.

The Saudi-Turkish dialogue resumed at the end of last year, in May the Turkish Foreign Minister visited Riyadh, but then the process stalled, although the Saudis lifted an unspoken ban on imports from Turkey.

At the end of 2020, the Turkish president announced his country’s desire to restore “historical friendship” with Egypt. In addition to “breaking through” political isolation, Turkey, whose foreign economic paradigm was becoming a European energy hub, was clearly counting on the transit of Egyptian natural gas through its pipelines. Such a project is not without interest in Cairo, but it has an alternative proposal – overland and sea transit through Israel (with which relations have been normalized for a long time), Cyprus and Greece (with which Cairo has become close, first of all, on the “gas” basis).

Trying to improve relations in the region

This makes it possible to act without haste in the Turkish direction: “If we see from Turkey real actions to stabilize the situation in the region, and they will take place in parallel with the actions of Egypt, then this can become the basis for the normalization of relations,” – the head of the Egyptian Foreign Ministry stated with restraint. In full accordance with the old anecdote: “… if a diplomat says ‘maybe’, it means ‘no’.”

Relations with the UAE inspire more optimism in Ankara. Last November, Recep Tayyip Erdogan received the Crown Prince of Abu Dhabi Sheikh Mohammed bin Zayed Al Nahyan, the de facto ruler of the Emirates. At the talks, they discussed both the multi-billion dollar Emirati investments in the Turkish economy and the political situation in the Middle East. Upon their completion, the Turkish leader even rushed to announce the beginning of a “new era” in relations between the two countries.

Nobody talks about a “new era” in relations with Israel , the leaders of the two countries just started calling some time ago, and Erdogan, in the process of this communication, argued that “Turkish-Israeli relations are important for security and stability in the Middle East,” and “disagreements can be minimized if mutual understanding is shown on bilateral and regional issues. “

In order to stimulate dialogue, the Turkish side even staged an “incident” by arresting Israeli tourists on charges of espionage who were photographing one of Ankara’s main attractions, the new presidential palace. Then they were released, and the President of Israel thanked the Turkish counterpart for “humanity.” Again by phone.

Possible exchange of ambassadors with Israel

Also, according to a number of media outlets, the parties are preparing to exchange ambassadors. After Donald Trump’s decision to recognize Jerusalem as the capital of Israel and the suppression by the Israeli security forces of the Palestinian protests that began in this regard, Turkey and Israel recalled their ambassadors.

These relationships are a complex interweaving of cooperation and conflict. The two countries have been competing for influence in the Middle East (primarily in Iraq and Syria) for more than one hundred years, and such a story does not promote mutual trust.

In addition, today’s Turkey remains a member of NATO and, despite a whole series of mutual reproaches, is an ally of the United States – the “big shaitan” from the point of view of the Iranian authorities. In addition, Ankara is trying to reconcile with Israel and Saudi Arabia, which also cannot please Iran. As well as the active penetration of Turkey into Syria, Transcaucasia and Central Asia, moreover, under slogans that can be interpreted as pan-Turkic. And quite recently, this complicated process led to a demonstration of the full combat readiness of the Iranian and Turkish armed forces in the Nagorno-Karabakh region.

However, to the surprise of many observers, on November 15, 2021, the Iranian Foreign Minister, following talks with his Turkish counterpart, said that the parties agreed to adopt a roadmap for long-term cooperation during Recep Tayyip Erdogan’s visit to Iran scheduled for December.

The presence of partners and a way out of regional isolation should, in the opinion of the Turkish leadership, raise its rating within the country and add political weight to it in the eyes of the world’s leading actors, and above all the United States, relations with which have been degrading for a long time.

Not particularly successful at the moment

So far the situation is not particularly successful for Ankara. Most experts are skeptical about reconciliation with the Arab countries. They are believing that the process will end not with the establishment of allied or even partnership relations. It will be only with a temporary truce in the Arab-Turkish confrontation. The situation has changed: even the Palestinian problem, with the help of which Erdogan tried to gain prestige among the Arab capitals, lost its relevance: it came to joint US-Arab-Israeli military exercises.

In trying to normalize relations with Israel, Ankara, given the geopolitical role of the Jewish state, is likely hoping to reclaim the White House. The transportation of Israeli natural gas is also of considerable interest. For its part, the Jewish state is ready to normalize ties. But, obviously, nothing more.

The economic interests of Turkey and Iran are complementary. Turkish market needs Iranian energy resources, the Iranian market needs Turkish industrial goods. And the threat of Kurdish nationalism “with a separatist bias” is equally painful in Tehran and Ankara. They also need to “do something with Afghanistan” and avoid clashes in Syria. And again, to confirm to ourselves and to the world the ability to find regional partners.

So far, it is rather a process for the sake of process. In order to achieve real results, Ankara will obviously have to revise a number of paradigmatic attitudes in foreign policy. It will be extremely difficult for the current Turkish leadership, which has spent a lot of effort on creating the current political image of Turkey.

Turkey becomes the center of the region’s railway communication