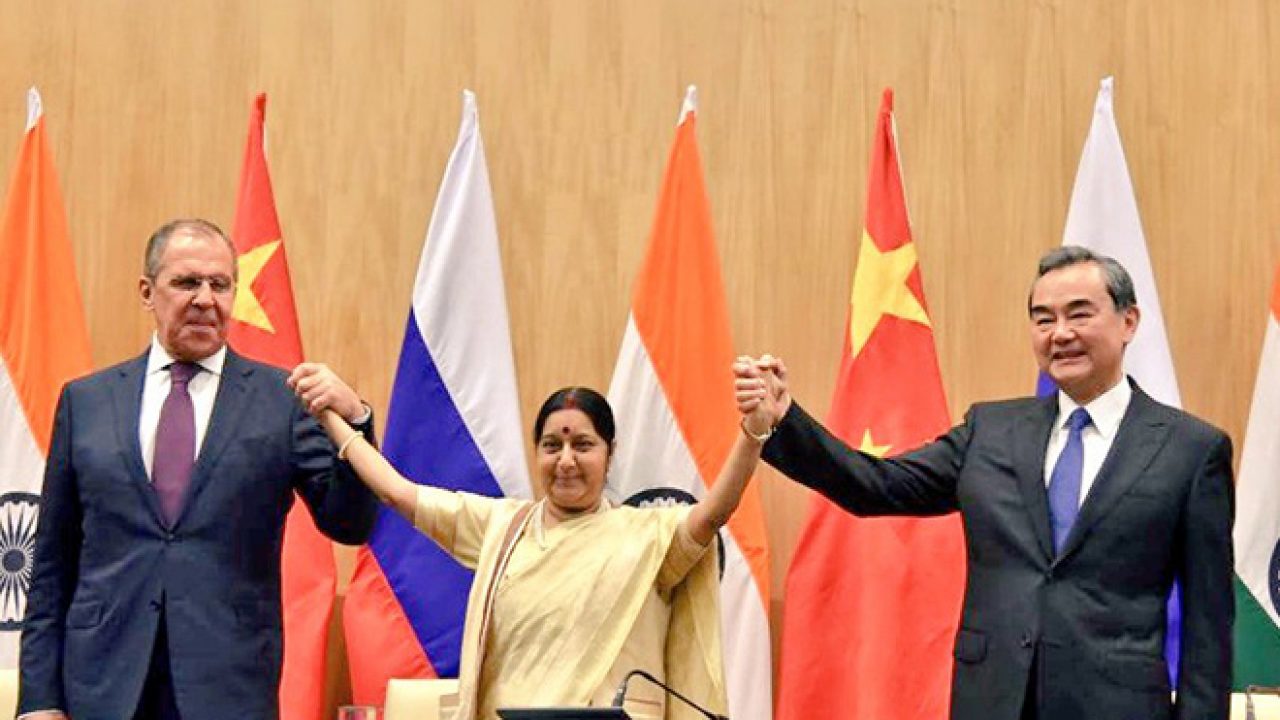 Relations with the two giants of Asia – China, and India is for Russia one of the main foreign policy plots of the year. Beijing and Delhi, which are part of the Russia-India-China (RIC) alliance. As well as the Shanghai Cooperation Organization (SCO) and other organizations. It is a serious challenge to Russia’s strategy of turning to the East. Moscow is forced to balance the two centers of power in Asia. It must not allow their conflict to complicate strategic partnership with each side.

The intrigue in Russia’s relations with two strategic partners and implacable opponents in Asia, who are zealously following each other’s steps, reached a climax at the end of the year, when, with an interval of one and a half weeks, on December 6 and 15, the Russian-Indian, and then the Russian -Chinese Summit.

At the same time, in the short interval between them, on December 9, a Russian-American summit was also held in the format of a videoconference. It was already the second this year.

Vladimir Putin’s second foreign trip during the pandemic, who had previously flown from Moscow only once – to the summit with US President Joe Biden in Geneva in June this year, was intended not only to reaffirm the importance that Moscow attaches to relations with Delhi, which has an official status ” especially privileged strategic partnership ”.

Throughout the year, there were numerous signals that relations between Russia and India, despite their strength, are developing in an environment of heightened geopolitical turbulence and a risk zone created by both the confrontation between Russia and the United States and the aggravation of India’s relations with China.

So, this year, India entered the new Indo-Pacific alliance QUAD (USA, Japan, India, Australia), which openly aims to contain the growing influence of China. The emergence of QUAD was bad news not only for Beijing but also for Moscow. Moreover, India, which actively supported this American geopolitical project QUAD, together with China, is included in the RIC triangle (Russia-India-China). In addition, India and China are partners in the SCO, BRICS, and other organizations.

Even before the creation of QUAD, at the very beginning of the year, Russian Foreign Minister Sergei Lavrov made a resonant statement that, in its confrontation with China, the United States is increasingly trying to make Beijing and Delhi quarrel, increasing pressure on India.

Despite the absence of an official reaction from the Indian side, this assessment caused bewilderment among many in Delhi: numerous interlocutors of Kommersant, including experts and former ambassadors to the Russian Federation, insisted that the conflict between India and China has purely internal roots and is associated with increasingly active Beijing’s attempts to change the status quo on the demarcation line with India in East Ladakh.

The ambiguity that arose, apparently, was to be eliminated by the Russian-Indian summit, the holding of which acquired special significance for each of the parties.

Drawing attention to the importance of a personal meeting between the leaders of the two countries, the aide to the Russian president, Yuri Ushakov, who accompanied him on his trip to Delhi, recalled that one of the mechanisms of their dialogue was informal one-on-one communication.

According to Mr. Ushakov, this allows Vladimir Putin and Narendra Modi to discuss “the most difficult, most delicate issues of the international situation.”

The main result of the meeting between Vladimir Putin and Narendra Modi was the signing of a joint statement “Russia – India: partnership for peace, progress and prosperity.”

This document lists in detail the most promising areas of bilateral cooperation designed to give a new acceleration to the specially privileged strategic partnership between Russia and India.

After his trip to Delhi, Vladimir Putin held the second summit this year with US President Joe Biden.

Against this background, a certain pause in the Russian-Chinese dialogue at the highest level became more and more noticeable. The previous talks between Vladimir Putin and Xi Jinping, held in the format of a video conference, took place on June 28 and were timed to coincide with the 20th anniversary of the signing of the Russian-Chinese Treaty on Good Neighborliness, Friendship and Cooperation, which was extended for another five years this year.

Apparently, the fears of the Chinese side that Moscow will reach some separate agreements with Washington behind Beijing’s back, and will also begin to take into account the Indian position in the region to the detriment of China’s interests, and predetermined the decision to hold the second Russian-Chinese summit.

Like the first meeting of the two leaders, it was held in the format of a video conference, given that Chinese President Xi Jinping has never left the country in the two years of the pandemic. In addition, in September, he turned down an offer by US President Joe Biden to hold a face-to-face US-China summit to begin the process of de-escalation in relations between Washington and Beijing.

Thus, after the Russian-Indian and Russian-American summits held in the first ten days of December, Beijing still managed to retain the final say.

The “Chinese ending” of Moscow’s diplomatic year turned out to be very effective on the outside, despite the distance communication between the two leaders, which lasted an hour and a half (the summits of Vladimir Putin with Narendra Modi and Joe Biden were longer). So, with Narendra Modi, Vladimir Putin talked face-to-face for three and a half hours, and with Joe Biden, he had a two-hour conversation.

Not limiting themselves to summing up the results of 2021 and demonstrating personal friendship, Vladimir Putin and Xi Jinping made it clear that Moscow and Beijing, which have not entered into formal allied relations, are already acting as allies.

Speaking with his Chinese counterpart, Vladimir Putin confirmed his plans to attend the 2022 Winter Olympics, which will be held in Beijing in February.

A new page in Chinese-Russian relations

Thus, he struck a blow at the idea of ​​a political boycott of the Olympics, which the United States and its allies are calling for. “I look forward to our Olympic meeting with you. I am ready to go forward with you hand in hand, together to open a new page in Chinese-Russian relations in the post-pandemic period, “Xi Jinping reacted to this. “The world has entered a period of turbulence and great change. Sino-Russian relations, having withstood all kinds of tests, have shown strong vitality, acquired a new breath, ”he added, also thanking Vladimir Putin for not allowing the West to“ drive a wedge ”between Moscow and Beijing.

Analyzing the ambiguous situation in the Russia-India-China triangle, which is increasingly influenced by the activity of the United States, which is moving closer to Delhi and continuing to put pressure on Beijing and Moscow, Alexei Maslov, director of the Institute of Asian and African Studies at Moscow State University, notes: “We admit that India is much less interesting for American investors than China. Despite all the contradictions between Washington and Beijing, private American business relies on China, given the huge number of preferences, excellent logistics, and full vertical integration of the production of any product. In addition, many American investors choose Chinese government securities for investments as they are quite reliable, which cannot be said about Indian assets.

But the idea of ​​developing special, that is, free from one-sided bias, Russian-Indian relations can be quite productive for Moscow. India can support the idea of ​​a Greater Eurasian space, to which China is still skeptical, and integrate into a new political and economic sphere, where it can be one of the leaders outside the opinion of Washington or Beijing.”