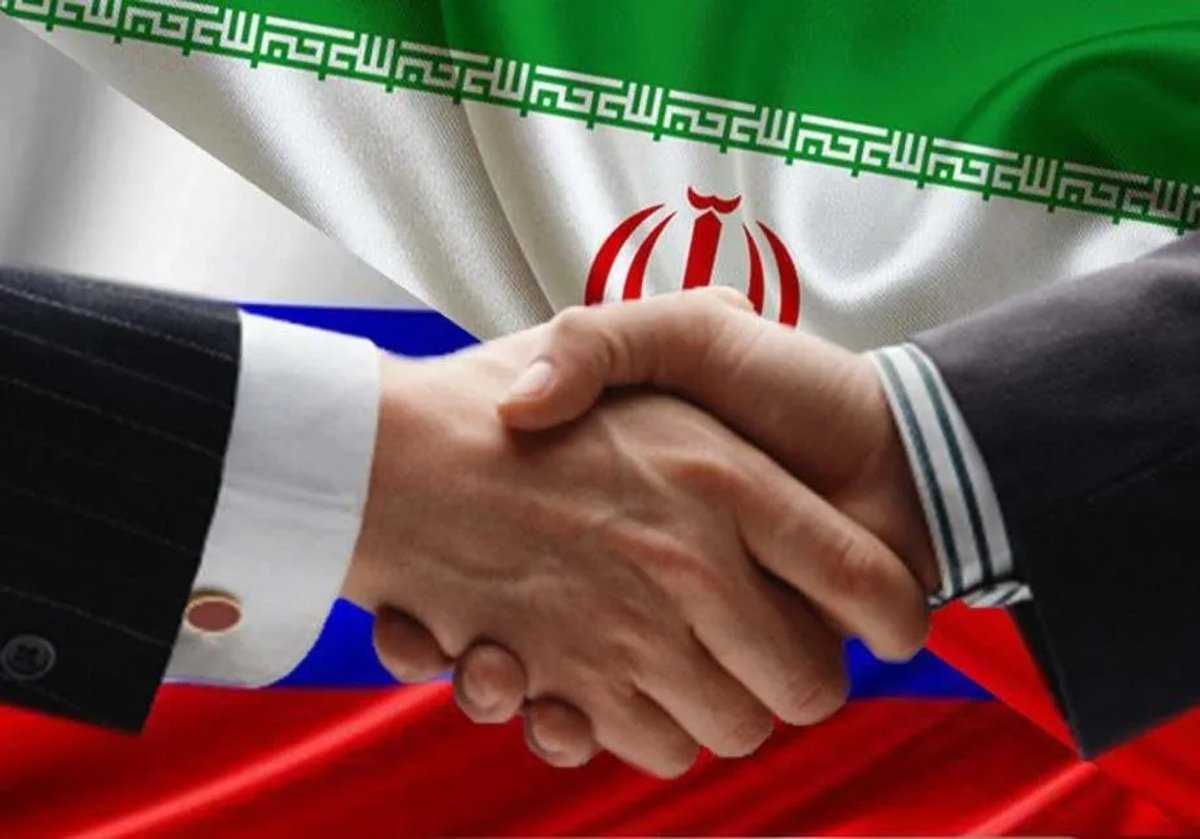 The January meeting between Raisi and Putin may have seemed disappointing, but now Russia is opening the door for Iran’s Eurasian integration.

On January 20, Iranian President Ibrahim Raisi traveled to Moscow to meet his Russian counterpart Vladimir Putin. The purpose of developing bilateral relations between the two countries at the highest level.

Among the topics for discussion by the two leaders were their common regional and international issues. As well as the Vienna talks on Iran’s nuclear program, and regional cooperation in Eurasia.

Contrary to expectations and positive statements made before the meeting, the visit did not end with the announcement of a grand strategic agreement. Unlike the one between China and Iran a year ago.

However, the visit brought the negotiations between the two sides to a higher level and promoted Iran’s economic integration into the Russian-Chinese Eurasian architecture.

In recent years, both improving relations between Tehran and Moscow and focusing on strategic partnership have become particularly important tasks for Iran.

Additionaly to working to build up trade and economic ties, which is a priority for Iran, which is under sanctions, an additional impetus may be given to the development of military-political cooperation in the future.

October 2021 – Interfax, citing Iranian Foreign Minister Hossein Amir Abdollahian, announced that Tehran was ready to establish a strategic partnership with Moscow and that both sides were expected to sign documents on an agreement in the coming months.

According to the agencyTASS , both sides were close to completing work on a document on comprehensive cooperation for a period of 20 years.

Timing is important for both countries. Mojtaba Zulnur, chairman of Iran’s parliamentary committee on national security and foreign policy, told Mehr news agency that in order to overcome US sanctions, Iran seeks to conclude a partnership agreement with Russia. Similar to the agreement between Tehran and Beijing.

However, contrary to expectations and some statements made prior to the Iranian leader’s trip to Russia, the visit of President Raisi, at least for the moment,did not lead to a major breakthrough on this front. This process may take some time and may, at least for Moscow, be related to the outcome of negotiations on Iran’s nuclear program.

However, two recent events involving Russia and Iran have had significant resonance. First, the joint Russian-Chinese-Iranian naval exercises in the Indian Ocean. Second, Iran’s relationship with the Eurasian Economic Union (EAEU) along with the implementation of the North-South International Transport Corridor (ITC).

Will Iran join the EAEU in the near future?

Iranian political analyst and former editor-in-chief of the Fars news agency Mostafa Khoscheshm instead says that Russia appears to be pushing for Iran to join the EEU. “Negotiations,” he says, “are already underway . “

In 2019, the Preferential Trade Agreement (PTA), signed between Iran and the EAEU in 2018, came into force.

The agreement provided for lower tariffs on 862 types of goods. 502 of them were Iranian exports to the EAEU. As a result, trade increased by more than 84 percent between October 2019 and October 2020.

According toVali Kaleji , an Iranian expert on Central Asia and Caucasian studies, this trade volume was achieved at a time when the US under former President Donald Trump withdrew from the Joint Comprehensive Plan of Action (JCPOA) in May 2018 and followed a policy of “maximum pressure” against Iran .

In October 2021, Iran and the EAEU started negotiations on the transformation of the SPT intoFree Trade Agreement (FTA). If this is achieved, it will lead to a significant increase in the volume of trade between Iran and the EAEU, also known as the Union.

Both Moscow and Tehran have reasons to insist on further integration of Iran into the Union.

Both sides have reasons to support further integration

For Iran, this opportunity will provide improved access to Eurasian and European markets. It will also provide EAEU member states with greater access to the Persian Gulf and the Mediterranean Sea. For this reason, Moscow may be thinking one step ahead.

Moscow views the signing of an FTA agreement with Iran as a decisive step for Iran’s accession to the Union.

Russia has concerns that if Iran reaches an agreement with the US on its nuclear issue, there could be positive shifts in Iranian policy towards the West. This may not serve Russian interests in Western Asia, especially in Syria.

For Russia, a nuclear Iran is preferable to a pro-Western one. For this reason, Russia would be happy to accelerate the integration of Iran into the Eurasian regional institutions.

Iran’s entry into the nine-member Shanghai Cooperation Organization (SCO) should be viewed from this perspective. Moreover, with the accession of Tehran to the EAEU, neighboring and friendly countries such as Iraq and Syria may follow.

On December 27, 2021, Iran and Iraq agreed to build railroad linking the two countries. The 30-kilometer railway will be strategically important for Iran. It will connect the country to the Mediterranean Sea via the Iraqi and Syrian railways.

It would be a win-win situation for both China and Russia. The situation in which China, as part of its Belt and Road Initiative, and Russia, as part of itsThe North-South International Transport Corridor would have direct rail access to the Mediterranean.

This route will also compete with India’s Arab-Mediterranean Corridor. One that is connecting India to the Israeli port of Haifa via various UAE, Saudi Arabian and Jordanian railways.

Thus, for China and Russia, strengthening the geopolitical and geo-economic position of Iran in the region is an important step. From Russia’s perspective, having a direct land route through the Levant to the Mediterranean would bolster its strong base in Syria.

It is for this reason that Iran acted prudently in response to the recent Azerbaijani provocations on the border with Armenia. Tehran feared that Turkey would gain direct access to the Caspian Sea and Central Asia through a possible “corridor” from southern Armenia.

For Iran, this would be tantamount to expanding NATO into the Caspian Sea and further towards China. Consequently, the west-east trade route would pose a serious threat to Iran and Russia and isolate them in Eurasia.

According to Khoscheshm, “The hostility from the Western bloc has brought Iran and Eurasia closer to each other, and this has given the Russians and Chinese a strong motivation to accelerate Iran’s entry into the Eurasian bloc in order to strengthen joint economic and geopolitical cooperation and prevent US infiltration into the region.”

Thus, Iran’s accession to the EAEU is a win-win situation for both Moscow and Tehran. Russia would strengthen its geo-economic and geopolitical position in the Middle East, while Iran would have rail links with Russia and Europe and further expand Moscow’s influence in the region.

However, this ultimate goal may still take time to achieve and will face challenges from the US and its allies in the region.

Confidence in the face of uncertainty

The possible entry of Iran into the EAEU will attract investment from neighboring countries in the underdeveloped rail link between Iran and Russia in the Caucasus region.

The opening of communication channels between Armenia and Azerbaijan as part of a tripartite statement dated November 9 will facilitate trade and cargo transportation in the region within the North-South transport corridor.

Under such conditions, the rail network is very important, since the volume of goods transported by rail is much larger and faster than by land and road routes. However, the implementation of these projects is not yet certain.

The state-owned Russian railways halted their projects in Iran in April 2020 due to concerns about US sanctions. Such a decision would have an impact on other programs within the framework of the Russian-Iranian initiative to create a North-South transport corridor.

Both sides will have to wait to overcome US sanctions, as economic routes are always a win-win situation.

By joining the EAEU and integrating into the Eurasian regional organizations, Iran would strengthen its geo-economic position as a regional transport hub, opening the West Asian gate for Moscow’s railway access to the Eastern Mediterranean.