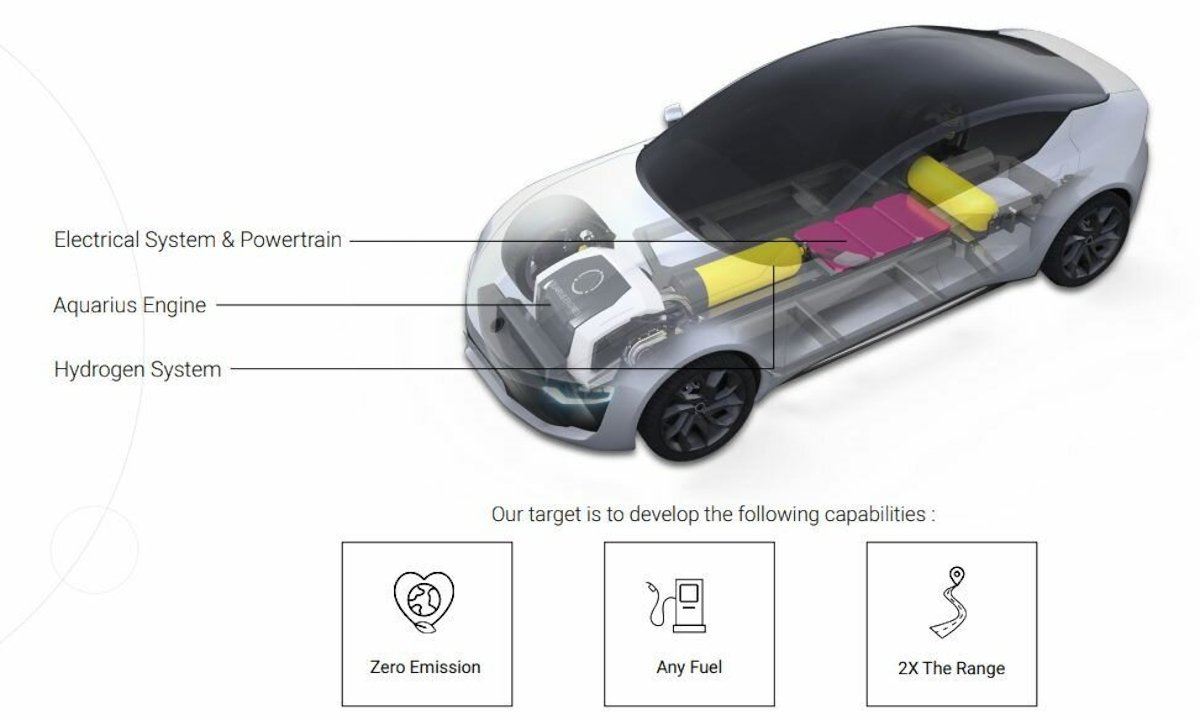 Technologies and machines old and ancient make a strong impression. Modern developments sometimes make one wonder – and why this is not yet in our modern life? Today we will look at a very young device, which is already being called in the media as a revolutionary super-efficient engine.

The developers of this mechanism are Aquarius Engines from Israel. They have developed a two-way linear free-piston motor (FPLE). Yes, this engine has only one piston, but it works for two. And – this is the only moving part in the entire engine! Cool? And here’s another fact – Aquarius Engines consists of only two dozen parts!

At the same time, it has a significantly lower weight, size, volume, and cost than conventional “usual” internal combustion engines. It can operate on any type of fuel – gasoline, diesel, hydrogen. It is effectively converting mechanical energy into electricity. In it, due to friction, only 2% of mechanical energy is lost. In a conventional engine, this is about 15%. Aquarius Engines is the power-to-weight champion.

It is worth saying that the Israeli company presents the engine not in its “pure form”, but as a system consisting of a power plant and a generator powered by it. Such a scheme, when installed on a hybrid (or electric) car, allows it to overcome more than one and a half thousand kilometers.

According to preliminary test estimates from the German concern FEV, the efficiency of the resulting mechanism is two times higher than the conventional internal combustion engines that currently exist.

Could it get into mass production?

Despite the difficulties of implementing such an installation, which breaks today’s standards in the automotive industry, Aquarius Engines specialists hope that within ten years they will be able to introduce their development into mass production of cars. Negotiations with Peugeot give some confidence that this is quite possible.

Another area of ​​application for this ultra-efficient installation could be in the operation of conventional power generators. Negotiations on testing installations, held with the Finnish corporation Nokia, led to a positive result. Nokia wants to try them on remote communication towers.

Photos from open sources on the Internet and the official website of the project –https://www.aquariusengines.com/

What is the Future of Hydrogen in Eurasia?