The journey marked the first time a tanker has sailed the route in February, “and confirms that year-round safe navigation is possible along the entire length of the Northern Sea Route

The trilateral agreement on November 10 between Armenia, Azerbaijan and Russia over Nagorno-Karabakh is leading to a geopolitical struggle in the Caucasus. So long as Armenia and Azerbaijan were ferociously fighting, the great game lurked in the shade.

The terms of the ceasefire in the Nagorno-Karabakh conflict agreed between Armenia and Azerbaijan represent a grave threat to Iran’s long-term strategic interests. The effects of this are likely to influence the Iranian people’s perception of their regime, as well as alter Iran’s policy toward Azerbaijan and Syria.

By Niranjan Jose he relationship between China and Iran has been in the spotlight recently. A huge, 25-year deal is reportedly being considered that would see $400 billion of Chinese investment in Iranian energy and transport infrastructure. The deal is the latest effort by Beijing to expand from a regional […]

The moral case for China to fight a war

Ancient Chinese philosophy draws a clear and moral distinction between an ‘attack’ and ‘punishment’ By FRANCESCO SISCI War sounds nearer for China while its contours remain rather foggy. But Hu Xijin, the editor of the Global Times, a popular newspaper associated with the Communist Party organ the People’s Daily, […]

Race is on for Indonesia’s untapped rare earths

Indonesia appears to have only modest proven amounts of the v valuable minerals, but much of what it does have is locked away in the rock waste, or tailings, left over from centuries of tin mining on the islands of Bangka and Belitung, south of Singapore. 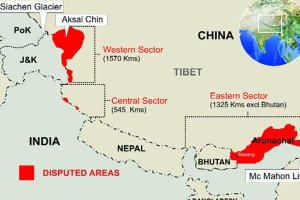 India and the United States have signed a key defence pact, which would give New Delhi access to real-time US geospatial data that would enhance the accuracy of automated systems and weapons like missiles and armed drones. The US has also said it would “stand with the people of India to confront threats to their sovereignty and to their liberty.”

October 6, 2020 (Tony Cartalucci – NEO) – There is a significant reason why political unrest fueled by US interference is flaring up across Southeast Asia – an attempt at derailing Beijing’s ambitious One Belt, One Road (OBOR) initiative. When completed, it will cement not only China’s regional rise, […]

A vast majority of Americans have absolutely no clue how advanced China has become. Look at the social media comments, and it’s clear that too many Americans – especially Trump supporters – are filled with misinformation and prejudice. “China is 100 years behind” … “All Chinese products are […] 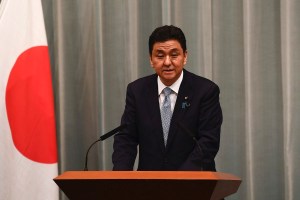 Japan’s new defense minister a blast from the past

Monsoon torrent passes as signs emerge that Chinese leaders may be cooling on huge hydroelectric projects By FRANK CHEN Chinese state media stuck to the script that nothing had happened when this year’s third deluge of the Yangtze River passed the Three Gorges Dam on Wednesday. The dam’s operator […]

Written by M. K. BHADRAKUMAR The joint statements between two countries are usually riveted on a particular event but in extraordinary circumstances involving great powers, it could assume an epochal character and can be viewed as diplomatic communication that reflects what the Germans call the zeitgeist — the defining spirit or […]